ITV Launch 'You've Been A Shit'

ITV is to refresh its Saturday night schedules with the motiveless abuse show You’ve Been A Shit.

Members of the public will be invited to send in clips of them tying dogs to motorway central reservations and psychologically bullying the mentally fragile.

Abandoning the traditional message assuring viewers that nobody was hurt, a large part of YBAS will be devoted to detailing the lasting physical and mental damage to all those involved.

Producer, Bill McKay, said: “Anyone who’s been outdoors for more than 12 seconds will know that Britain is crammed to bursting with slate-eyed, donkey-punching sadists who love nothing more than watching shaky footage of other sadists pissing on the dying embers of mankind’s decency.

“With funny graphics and a swanee whistle.”

Carlisle recidivist and banned pet-owner Wayne Hayes said he could not wait for the new show.

“I’ve got some mint footage of our little Glee setting fire to her classmate’s hair on an iPhone I nicked from our social worker. How much do I get for that?”

McKay added: “Thirty years ago, this sort of thing would inevitably have inspired the likes of Huw Wheldon to commission a 12-part documentary exploring the various political, economic and sociological factors.

“But instead we’ve got a third-rate stand-up laughing over footage of a Bangladeshi off-license owner being chased by a Doberman.” 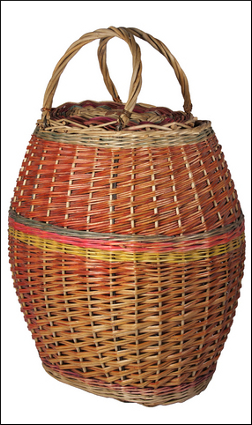 PEOPLE dabbling in the occult need to show more dedication if they are to succeed at ‘the craft’, according to top coven leaders.

Coven head Emma Bradford, also known as ‘Auld Meggy Brockles’, said: “A bit of casual ouija and the Hamish Hamlin Big Book of Spells isn’t going to get you far in this game.

“You’re not a proper witch until you have warts on the back of your knees and can kill a heifer just by breathing at it.”

She added: “Witches were once revered and persecuted for their diabolical powers. Villagers lived in fear of the local ‘cunning woman’, knowing that if they crossed her their next child would be born an eight-legged mouse, despite the fact that none of her other curses had ever worked on anyone.

“But nowadays ‘witch’ is shorthand for ‘menopausal woman with underarm hair, unflattering purple attire and a dreamcatcher suspended outside her rather cluttered kitchen window.

Martin Bishop, professor of bewitchliment at Reading University, said: “If Christine O’Donnell is serious about becoming a witch then she is going to have to base her beliefs and actions on a lot of made-up nonsense while instilling irrational fear and claiming she can cure homosexuality with a poultice.”

He added: “Oh, I see. Well in that case all she has to do now is have sex with a goat.”