WHEN Vince Cable bangs his little fists and stamps his little feet he is just the cutest thing in the world, bankers said last night.

As the business secretary unveiled his adorable plan to do something about capitalism, Britain’s corporate executives said they could just eat him up.

Tom Logan, a senior director at Porter, Pinkney and Turner, said: “I love his shiny little head and the way he perches his glasses on the end of his nose and pretends to be Professor Yaffle from Bagpuss.

“Does little Vinnie like Bagpuss? Is that your favey-wavey telly show? Shall we get Vinnie his own Bagpuss for him to cuddle at sleepy time? Oooooh, yes please Mr Banky Man.”

Sir Roy Hobbs, chairman of Madeley-Finnegan, said he would love to bring Mr Cable with him to the office one day so all the secretaries could tickle him under the chin.

“He reminds me of my own children with his twinkly eyes and his sweet little questions about why all the bad things happen and why can’t everyone be nice to each other all the time.

“You can try explaining to him that free markets are a force of nature and that no matter what he does it will ultimately have about as much impact as an amoeba kicking a whale in the nuts and he’ll just look at up at you with those big, bright eyes full of innocence and say ‘why?’.

“He’s just the most scrumptious little bundle of loveliness.”

Julian Cook, chief economist at  Donnelly-McPartlin, added: “For me it’s the way he puts on a pair of grown-up shoes and a proper tie and marches around the office like a big boy.

“And then he types out his little speech using one finger and gets on the big choo-choo train up to Liverpool where he tells all his little chums that he’s going to jolly well do something about all the bad banky men so that they will feel slightly less guilty about bending over and taking right it up the dirtbox from all those Tory politicians we bought up years ago.

Society To Be Re-Organised Around Dementia 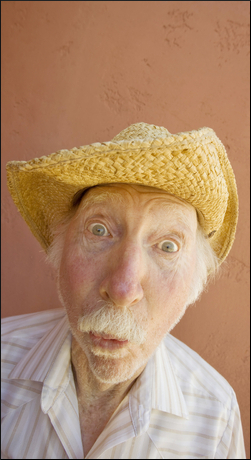 GLOBAL society is to be re-organised on the assumption that everyone has dementia.

With new estimates suggesting the brain disease will cost the world Â£400 billion a year, experts say it would be cheaper if we all just treated it as completely normal and went about our day.

Professor Henry Brubaker, of the Institute for Studies, said: “We spend billions of pounds because some people can’t remember their names or where they live or they develop a habit of saying some really weird things.

“Instead of getting all worked up about it let’s just treat as perfectly normal. If someone can’t remember their name, what’s it got to do with you? If they keep forgetting who they’re married to, then good for them. Lucky shits.

“And if you are about to cross the road and a happy old man tells you there’s a ‘Swedish banana cheese monster coming out of your left arse’ how can that possibly matter?

“It only matters because we allow ourselves to think it does.”

He added: “Meanwhile you should feel free to forget your name whenever you want. Or just make up a new name everyday. From now on, every Sunday I shall be called Bing Frisby and I shall live in Caernarfon Castle. I invite you to join me.

“And as for the incontinence, what gives you the right to tell another human being that they can’t go to the toilet in their own trousers? Mind your own business, poo Nazi.”

Under Professor Brubaker’s plan, if someone wanders into your house thinking it is their own then you would be legally obliged to make them feel at home. Likewise you would be free to enter any house that takes your fancy.

He added: “Essentially it would mean that all property would be commonly owned. Which I guess means the world will only embrace true socialism when everyone is completely out of their minds and Billy Bragg will therefore owe me fifty quid.”