I, for one, was thrilled about the Pope’s visit to our shores – especially after the ominous travel advice he was given by his advisers. Before I went on holiday last year, all my friends warned me that as soon as I got off the plane I would feel like I was in a third world country but I wanted to give Angola a chance – and am now pleased to say that I can heartily recommend the skiing.

So why go to see the pope? Well, think about your passport. You might have got your creepy GP uncle to be the reference on your photo but who do you think does the pope’s? Clue: He’s a Carpenter.

Some girl from Zumba class might have gone on How to Look Good Naked last year and been dressed up like a gaudy tramp by Gok Wan, but what sentient being dresses our glamorous pontiff in layers of voile and customised baubles from Claire’s Accessories? It is Him.

And if you donâ€™t believe that the pope is real? Well, you may as well join in, what with there being absolutely nothing to lose. You see, many people forget that the pope is the biggest celebrity in the world and mingles accordingly: he spends more time getting his jewels kissed at charity knees-ups and first class airport lounges than Brangelina shimself. So those Keane tickets you couldn’t afford? One word to the Pontiff and youâ€™ll be going bonkers in the moshpit to Somewhere Only We Know before you can say ten Hail Marys. Pure heaven!

Personally, I made sure His Excellence heard what I had to say about Virgin Money after they refused to give me a platinum card. Restraining orders can’t save you this time, Branson!

Something tells me the only type of music Simon Cowell can hear these days is the kind that’s piping wistfully from his skin flute. I suppose it’s nice that he doesn’t care Chloe’s a hooker and is happy for others to use the microphone after her. But people used to get through by confessing to Simon about dead wives and temazepam addiction – not the many thousands of willies a week it takes to earn ten grand. X Factor is now in real danger of becoming some kind of nightmarish pantomime.

Â­Â­Â­I thoroughly enjoyed Michael Sheen playing Tony Blair for the last time in The Special Relationship and must admit he is now even better than Rory Bremner. Some people may be saying that the film is completely untrue but those people are boring. I read Tony Blair’s autobiography in an hour and twenty minutes and can assure you Michael Sheenâ€™s accent was much better and he shows off his nipples more. 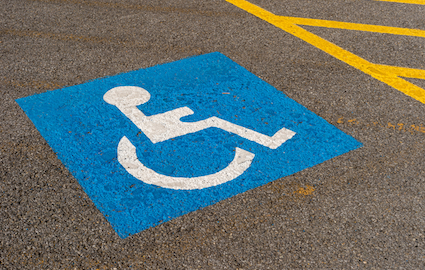 EMPTY disabled parking spaces have become almost irresistible after it emerged that most badge holders are probably lying anyway.

Researchers found some disabled badges are being used fraudulently leaving Britain free to assume that at least 96% of people who have them are evil bastards forcing you to push your trolley an extra 30 yards.

Frustrated parker Tom Logan said: “The only thing that’s stopping me parking in one of the six permanently vacant disabled spaces at Tesco is the almost superstitious fear that to do so would be make me Stevenage’s answer to Pol Pot.

“And then the rational part of my brain reminds me that half a dozen disabled drivers are unlikely to arrive within the time it takes me to get a Pepperami and a scratchcard.

“Perhaps now I can turn my fear of the disabled’s mystical powers of retribution into a liberating hatred. I’d like that.”

Mother-of-two Emma Bradford said: “I did sort of half park in one once, but that was mainly to do with the fact that I can’t park properly because I’m a woman.

“Nevertheless it didn’t stop me from having the same nightmare every night for two months where a giant bat in an electric wheelchair sucks my brains out through my neck.”