JOHN Lewis has begun the annual process of turning a much-loved song into an insipid mess in time for Christmas.

The song, believed to be by Madness, will be dismantled to identify the parts that make it good so they can be removed and replaced with tinkly whimsy.

Engineer Nikki Hollis said: “We’ve been milk-feeding a stage school waif in a darkened room for the last eight months so they can sing it with the sufficient lack of oomph.

“By now they sound like a baby owl with a collapsed lung meekly asking for its mummy.”

“John Lewis has become so good at this that it’ll probably become the only version of Our House I remember when I’m 70.  Surely that’s evil?” 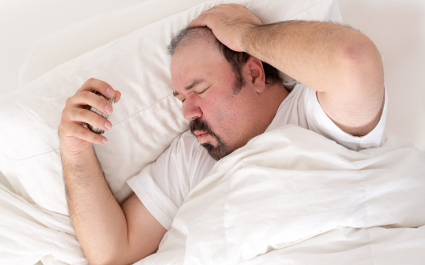 A HANGOVER which began early on Saturday morning is showing no signs of going anywhere late into Sunday.

The hangover, which began at 5AM on Saturday when mechanic Wayne Hayes stumbled out of bed to urinate, was expected to depart later that day but has instead taken up a more permanent residence.

Hayes said: “I tried to sleep it off. I’ve tried absorbing it with carbs. I watched an entire black-and-white film about WWII frogmen with the curtains drawn.

“By 5pm on Saturday, as I lay shivering on the settee unable to cope with Final Score with the volume off, I accepted I’d have to write off the day and make a fresh start tomorrow.

“But when I woke this morning, my stomach aching from the poison, that dull ache behind my eyes still flaring whenever it sees sunlight, I realised that this one was a two-part epic on the scale of the Godfather films.”

All plans to leave the house abandoned, Hayes plans to treat his hangover to regular doses of extra-strength paracetamol, a six-pack of pickled onion Monster Munch and plenty of fizzy drinks.

He said: “My mistake was trying to get rid of the hangover. I’ve moved on from that now.

“This is the hangover’s weekend. I’m just a passenger.”