ANGELINA Jolie last night urged movie-goers to be inspired by the pacifist message of her new film Unrelenting Gun Death II: So Much Blood.

The UN peace ambassador stars in the sequel to the blockbuster smash Unrelenting Gun Death, which grossed $568 million world-wide and, according to the Internet Movie Database, is the most masturbated-to film of 2008.

The franchise follows the exploits of Rifle Exitwound, a sexy assassin who carries 28 guns, drives a car made of grenades and lives in a state-of-the art eco-house that is also a giant knife.

It was created by a team of 19 writers, one of whom is a bear.

Jolie said: “Rifle is a truly complex character who could have done anything with her life but chose to become an unstoppable killing machine.

“The truly important thing is that her enemies are always portrayed as the sort of people who deserve to be killed. And that’s why she has no choice but to abseil down a burning building, spraying bullets everywhere while her nipples get bigger and harder with every kill.

“But I suppose the truly amazing thing about films like Unrelenting Gun Death, More Massive Weapons and One Enormous Explosion After Another is that they show the downside of unprovoked aggression.Which is, invariably, getting your punk-ass face kicked clean off by a smooth-limbed ultra-bitch.”

She added: “You know, when I visit places like Darfur I meet so many people who just want to live in peace. It really is just a very small majority who urge me to sommersault off a helicopter and machine-gun their enemies in the face.”

Film fan Tom Logan said: “Obviously these films sexualise violence, which is a shame because I would much rather they focused all their energies on sexualising nipples.”

He added: “That said, I think the effects of violence in films is debatable. Except for the new Shrek, which made me set fire to a tramp.” 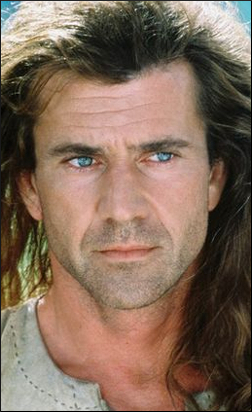 MEL Gibson and Tom Cruise are to form a new studio dedicated to making films that are completely insane from start to finish.

United Psychopaths brings together two of the biggest stars of the last 40 years that should really have been chained to a wall and hosed down at least 10 times a day.

Early projects will include Jacob’s Lunch, Gibson’s not-awaited follow up to The Passion of the Christ, which tells the true story of a rubbery-lipped, big-nosed Jewish man eating a baby. It will be filmed in 3D.

Cruise wants to use the pair’s combined box office clout to produce a six hour-long action adventure which will just be him punching 250 of the world’s leading psychiatrists in the face over and over again.

The studio will also develop its own franchise about a secretive group of all-powerful vampires who take over the world after reading a book by a fat, 1950s conman and usher in an era of peace, love and no Jews.

Nathan Muir, editor of Filmings magazine, said: “United Psychopaths is very much in the spirit of United Artists, originally founded in 1919 by DW Griffiths, Charlie Chaplin, Mary Pickford  and Douglas Fairbanks. But this time, instead of artists, it’s psychopaths.”

Industry insiders said Gibson will now be able to film his long-cherished script Golliwog Holocaust, about a simple church minister who tells his congregation that black people are evil, but they refuse to believe him until he kills all the black people and becomes emperor of the universe.

The Braveheart star is also working on a biopic of black, Jewish song and dance man Sammy Davis Jnr, focusing on the Rat Pack legend’s fondness for indiscriminate murder and chihuahua rape.

In a bid to promote new talent the pair are inviting scripts and treatments from amateurs, particularly people who think they are a 500,000 year-old electric eel or whose heads are filled with a billion different voices.

Sources said the board meetings are likely to be ‘intense, creative free-for-alls’ involving Gibson and Cruise having a staring contest while sitting on opposing lavatories with their trousers and underpants around their ankles.

Cruise said: “We won’t need cameras. I will film everything through my left eye and then use my right eye to project it onto the moon.”

Gibson added: “I am going to kill everyone in the world.”