A DIRECTOR who shortened his original film rather than load an extra, pointless hour onto it has been widely praised.

Tom Logan’s 2015 sci-fi thriller Interdimensional – featuring themes of death, alienation and what it means to be human – originally lasted a bottom-aching three hours.

However for the film’s reissue Logan cut it down to 75 minutes, making it tolerable to a normal human being’s attention span.

Logan said: “I can’t believe this film was nominated for an Oscar. It’s a turgid, sprawling mess. I must have been really tired or something when I made it.

“I decided to cut 14 boring exposition scenes full of cod philosophy to just two. Then I deleted a bunch of stuff that was just an excuse to have characters smoking on screen.

“Once I’d removed all the inconsequential fight scenes I almost started to enjoy my own piece of overblown rubbish.

“I could have have cut it back to 20 minutes but the distributors said that was taking the mickey. At least now you’ve got a chance of getting to the pub before last orders.” 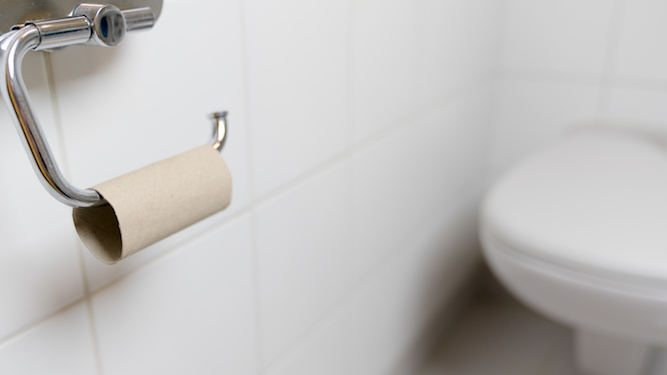 A MAN wrongly assumed that the last few sheets of bog paper would be enough for his requirements.

Office worker Martin Bishop realised far too late that he would need more toilet paper than was available in the cubicle at work.

Bishop said: “I was hoping it would be one clean sweep but I forgot I’d been out on the beer last night so I ended up with a half-a-roll job on my hands.

“At this point it was too late. I had done my business and somehow I would have to deal with it.

“First I used the cardboard tube – back and front – which was deeply demeaning. Then I tried a few old receipts I found in my pocket but they were not nearly absorbent enough.

“In the end I had to take a sock off and have a good wipe with that and flush it. I have to say it worked a treat.

“Actually it felt quite luxurious. Is it wrong to just use socks from now on?”