Key similarity between Christ and Superman is that they’re both made-up, say experts

THE stories of Christ and Superman share many elements that are completely fictional, experts have revealed. As it emerged that Man of Steel is being promoted specifically to US Christians to make them even more into Jesus, researchers said it could actually help them understand something about the nature of storytelling.

Professor Henry Brubaker, of the Institute for Studies, said: “Both came down from the heavens and had no Earthly father. Both grew up in small communities. Both wandered in the wilderness before going to the city to begin their ‘mission’. And both performed miraculous acts. Which didn’t happen.

“Do you want me to start again?”

But Roy Hobbs, a Christian from Ohio, said: “Of course no-one believes Superman is real – at the moment.

“But in 2000 years time my descendants will believe that Krypton existed and that Lois Lane came back from the dead because Superman turned back time by reversing the rotation of the Earth. Why would they question it?”

Professor Brubaker added: “One of the chief arguments put forward to support the idea that Jesus was real is that there are many different versions of the same story.

“Sorry, I got confused.” 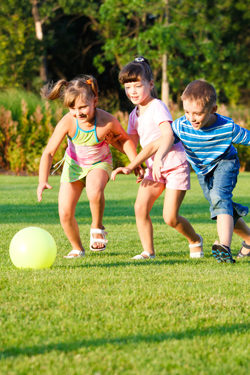 NEWCASTLE United’s Director of Football plans to have the team all chasing after the ball at once. It’s all about kicking the ball

The comet formation – so-called because players form a long tail behind the ball – was developed by Kinnear while coaching his grandsons under-six team.

It abandons 4-4-2, wing-backs and offside traps in favour of running, shouting, and team-mates fighting to get a toe to the ball.

Kinnear said: As a proper football man, I know that players are motivated by goals, goal celebrations, and pretending to be Lionel Messi. This formation gives everyone a shot at all three.

Imagine being on the opposing team and seeing not one but nine or ten players coming at you, all shouting Mine! Mine! Mine! Whoever we face will be terrified.

The only exceptions in the 2-1-1-1-1-1-1-1-1-1 formation are the position of goalkeeper and goalkeeper’s mate, who lean on the post talking about girls they fancy then leap into alert positions as the ball flies past them.

Other innovations include replacing half-time rehydrating glucose drinks with cherryade and Monster Munch, and a policy that if the ball owner threatens to go home then they can be team captain.

Asked how he plans to compete in the transfer market, Kinnear replied: Its not about having millions of pounds to spend, its about being intelligent with your team selection.

For example when we play Manchester United, if Moyes decides to pick Rooney then when its my turn Ill pick van Persie. He picks Carrick, I pick Vidic and so on, all the way down to Nani.