REALITY star Kim Kardashian has landed the top job in the modernised Church of England.

The American sex tape star is in the UK to sell frocks and don the ancient jazzy hat that will make her a spiritual figurehead for millions of ‘Kristians’.

Church bosses hope to exploit the American’s immense appeal to gullible people who feel their lives are meaningless.

A C of E spokesman said: “The typical Kardashian ‘fan’ has a mixture of confused self-loathing and a slavish, unquestioning devotion to a strange fantasy.

“These are exactly the people we need, to a tee.

“Also, local church roof funds will get a huge boost from selling designer handbags and fragrances to depressed housewives.

“We’ve been struggling to maintain interest in a wrathful, invisible sky-being but hefty jiggling boobs seem as popular as ever.

“And God, after all, created big boobs. So this is a marriage made, quite literally, in Heaven.”

Devout ‘Kristian’ Tom Logan said: “It’s certainly radical – she is the first head of the Anglican Church that I’ve watched on the internet noshing off a rapper.” 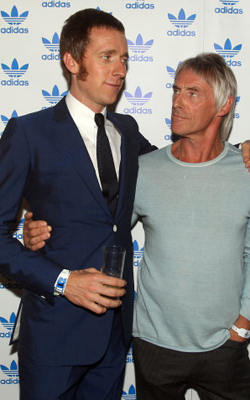 BRITAINS Olympic cycling success has invoked an ancient curse, it has been revealed.

Team GBs medal-winning pushbicyclists are being picked off one by one as retribution for riding in the Olympic velodrome, which was built on the ancient graves of druids.

The powerful East London mystics were killed hundreds of years ago in a war with early cockneys. The graves were infused with a powerful curse to prevent pillaging by cheeky, chirpy urchins.

Cyclologist Wayne Hayes said: Victoria Pendletons been advised to stay at home until we can dig up the floor of the velodrome, just in case shes mauled by a pack of black dogs with glowing red eyes while a small, pale child looks on.

“Just when you thought British cycling was on the up, along comes a centuries-old supernatural evil. Typical.”

The remaining members of the cycling squad have been advised to look out for plummeting panes of glass or Carmina Burana suddenly striking up.

Transport For London have also added druid curses to the list of dangers for cyclists in the capital alongside buses, taxis, pedestrians and being mistaken for Boris Johnson.

Hayes said: Things could have been worse  the Olympic dressage took place on an old plague pit and vengeful spirits made the team eat their horses.”