EVEN as a small child you had an inkling that certain beloved TV shows were a bit illogical. With hindsight, here’s why.

Michael Knight was spread pretty thinly, and KITT was a super-intelligent, self-aware AI, so probably merited a wider role than being stuck in a car. Sure enough, they had weirdly trivial – some might say ‘cheap’ – adventures like taking on a biker gang or Michael Knight’s evil double.

Oil business soap with very little oil business. Okay, it was a soap, but was it wise to make decisions on the basis of a bitter rivalry with your ex-wife? Even a child suspected that murder and plastic surgery doubles (did script writers have any other ideas then?) were not part of Esso or Shell’s core business.

An antiques dealer who solved crimes including murder (several times). You were dimly aware of the statistical improbability of a non-policeman encountering crime everywhere, like a geography teacher stumbling on a serial killer every week. After similarly implausible dual careers, eg. Father Dowling, Diagnosis Murder, they may as well make that.

An ex-cop on a hi-tech motorbike fights crime, blah blah blah, you know the score. But why rely on just one man? It’s a question also hanging over Knight Rider – why not scale up the operation and have whole police departments of Street Hawks across the US?

In another huge TV coincidence, just as Moonbase Alpha is blown out of orbit every kind of alien starts showing up nearby. Also, how quickly was the moon travelling? They’d all be dead long before leaving the solar system, especially at Martin Landau and Barbara Bain’s age.

Set in a surreal universe with no consequences or anyone concerned about weirdos haphazardly firing off automatic weapons. Though, in fairness, kids would have been permanently traumatised if Hannibal, BA Baracus et al were slaughtered in a bleak Waco-style massacre.

'Hand-wash only' cardigan should f**king get over itself 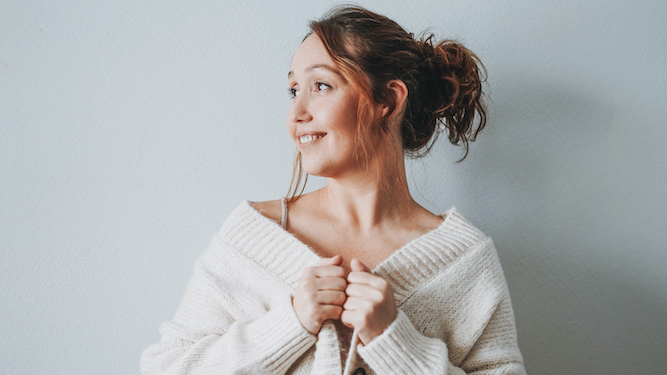 A CARDIGAN that claims on its care label to be ‘hand-wash only’ has been told to get a f**king grip.

The woollen cardigan, which was bought from a popular high-street shop for twenty quid, is one of a growing number of clothing items which demands special treatment and refuses to go in the wash with everything else.

Eleanor Shaw, who owns the outerwear, says she is sick of the phenomenon. Speaking from behind a washing up bowl filled with lacy bras, she commented: “I’m exhausted. Everything in my wardrobe is a special little snowflake nowadays.

“‘Wash me in cold water’, ‘Don’t use a strong detergent’, ‘Air-dry me in a fragrant garden’. I’ve had enough of this bullshit. It’s a scarf, for god’s sake. If we can send William Shatner into space, I’m sure we can make machine-washable clothing.”

Bespoke knitwear manufacturer Francesca Johnson said: “Labelling things as ‘hand-wash only’ makes them sound fancy but, trust me, you can just bung it in with all the rest. You don’t need a vintage mangle or any of that shit.