Couple married for five years to try for sex

A MARRIED couple have decided that the time has come in their relationship to take their future seriously and try for sex.

Tom Logan and wife Nikki have spent the five years since their wedding buying a home and falling out of love with each other, and are now ready for the next step.

Nikki Logan said: “There comes the time in every long term relationship when you long for the pitter-patter of feet running to the bathroom after an early morning hump.

“Obviously we were at it like rabbits when we first got together but that wore off pretty quick. After living like bickering siblings for half a decade it’s time for us to try for sex. It’s either that or divorce.

“We’ve informed both sets of parents and they’re over the moon. They know how tedious marriage can be so they’re really supportive of us trying to shag each other again. My mum has even agreed to move in and cook for us during the early days.”

Marriage counsellor Donna Sheridan said: “Married sex can be exhausting and relentless, and there will be days when they ask themselves if it’s worth the effort.

“However, if they don’t manage it they can always take the pressure off trying to fancy each other again by having kids.”

Not going to university, and other things people are weirdly proud of 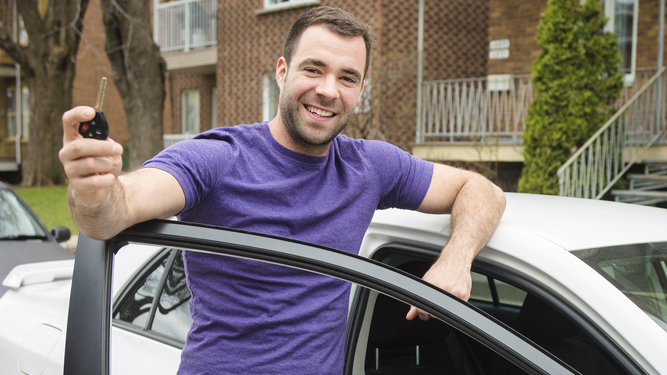 NEVER achieved much? Imagine you’re special and boost your self-esteem by taking a weird amount of pride in these non-achievements.

Not going to university

Being successful without going through academia is impressive, but constantly banging on about it screams ‘massive chip on shoulder’. Hearing about how much you ‘hustled’ in your youth is almost as annoying as people who won’t shut up about Oxbridge 20 years later.

Obsessive car owners know more about their motor than their loved ones. They might even have given their car a horribly twee nickname like Prudence the Punto. Male car lovers like to imagine they’re driving around in a sleek beast of Ferrari, not a mid-price, generic salesman’s car identical to all the others headed for the NEC on the motorway.

Made a joke that got a couple of likes on social media? Congratulations. Now avoid the temptation to reshare it every 10 minutes in the desperate hope that it will get more traction. And don’t tag celebrities to get boosted, it looks desperate. Neither will push your follower count into double digits anyway.

If you’re sickeningly smug about only eating flaxseed bread then you deserve all the mockery you get. Especially if you look down on knuckle-dragging white bread eaters, saying ‘Don’t you know that gives you heart disease?’ Sorry, Mr Bread Fascist, Boots’ sandwich cabinet didn’t have any organic sourdough flown in fresh from Verona.

Not having a TV

You know someone doesn’t have a television because they drop it into conversation every other sentence. They’re strangely up-to-date with Succession and Ted Lasso though because they watch it on a laptop while snuggled up in their sense of moral superiority. Not like some dolt glued to the ‘idiot box’.