FOLLOWING the latest news from the San Diego Comic-Con is now a normal part of life, it has emerged.

SDCC, for decades been a gathering-place for the shunned of humanity to meet and discuss their life-wasting hobbies, has somehow become an event on the wider world’s social radar.

Tom Logan of Braintree said: “The office manager rushed out excited about the new series of Doctor Who and I turned to Gaby next to me with a practised but genuine sneer.

“To my utter horror, she immediately started babbling about the Sherlock special that Stephen Moffat had revealed in an exclusive panel in Hall H.

“Dazed, I staggered out for breakfast to find the lads from the warehouse sharing Instagram feeds of the hottest cosplayers.

“Where will it all end? In 2025 will I be avidly following the news from Whitby Goth Weekend?

“The nerds have won.”

“I love the feeling of shared passion, however I would kill any of these people if they stood between me and the superhero merchandise I want.”

Tree surgeons taking all the women 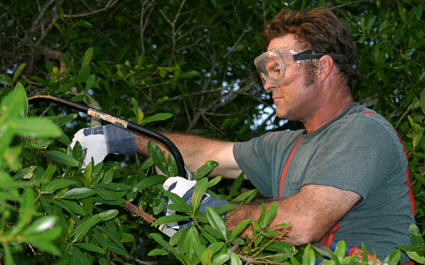 MANLY but sensitive tree surgeons are making too many women fall in love with them, it has been claimed.

Researchers found that 82 per cent of the UK’s female population currently has feelings for trees surgeons, who are strong and brave but also know about nature.

Professor Henry Brubaker of the Institute for Studies said: “‘Tree surgeon’ isn’t so much a real job as a contrived female fantasy.

“But those men are getting so much romance that practically everyone else is being excluded.”

Office manager Helen Archer said: “They have chainsaws, and they are also clever enough to know the latin names of things. I’m in.”

“I saved its life but in the process a small mouse emerged from the trunk which I scooped up in my large callused hand and carried to safety.

“Then I did some dangerous climbing stuff but was not scared.”

Plumber Roy Hobbs said: “I can fix a broken toilet but I’ve not been on a date since 2012. Fucking tree surgeons, fuck off.”