EVERYONE has remembered how good The Lion King is.

Despite 85 per cent of the country having a copy of the Disney classic somewhere in the house, last night was the first time in ages anyone had watched it again and cried their legs off after 45 minutes.

Wayne Hayes said: “It’s really, properly good though, isn’t it? It’s like Shakespeare only better because Hamlet doesn’t have Elton John in it or a warthog that farts a lot.

“It even managed to stop the kids from breaking into next door to see if there’s any Pokemon in there for a couple of hours, which is nothing short of miraculous.”

The enduring success of the 1994 film, which follows a lion cub’s journey from annoying little shit to bone idle adolescent to de facto unelected leader of a band of killers, has prompted Disney to try and replicate its formula.

The Mongoose Potentate is an adaptation of Shakespeare’s Titus Andronicus which sees a plucky Mongoose called Bombo, learn the importance of responsibility through murder and cannibalism, with a soundtrack by Billy Joel.

Hayes said: “It sounds good, but nothing beats The Lion King for Sunday evening viewing, especially when Simba engineers having his uncle eaten alive as a warming to others.” 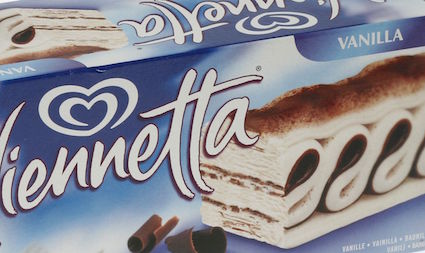 WORKING class families are now eating Viennetta for dessert, it has been revealed.

In further evidence of societal breakdown, researchers found that more working class people are eating the once ‘posh’ ice cream despite fears of it making them look ‘slightly middle class’.

Norman Steele, from Bolton, said: “I love a bit of Viennetta after my pie barm dinner. I love it so much I’m even thinking about putting it in a barm at some point.

“It’s just a shame it doesn’t go with gravy.”

Mary Fisher, from Burnley, added: “We recently won some money on the lottery, so Viennetta has become a big part of our life.

“I stick a slab of it in my lunch-box each morning, along with some oysters and a flask full of that expensive Indonesian coffee that the mongooses shit out.