AVERAGE Londoners are excitedly looking forward to missing a host of cultural events in the capital.

With the weekend almost here, residents are consulting events listings to choose the concerts, exhibitions and plays that they will not be attending.

Stephen Malley of Kilburn said: “In London you really feel that the world is someone else’s oyster. Where else in the world could I miss Rihanna playing ten nights in a row?

“Whether it’s an A-list star on stage in the West End I can’t get tickets for, a Michelin-starred restaurant laughing contemptuously at my attempt to make a reservation or a nightclub with guest list admittance only, London has it all.”

But long-time residents admit that they have become blasé about the city’s attractions.

Risk assessor Emma Bradford said: “I feel like I’ve not done pretty much everything there is to not do in London.

“The highlight has to be missing the Olympics in 2012. That was a real once in a lifetime non-experience.

“Still, I could never live anywhere like Birmingham. All those grubby little theatrical experiences within my financial reach. Vile.”

Cats hand over internet to goats 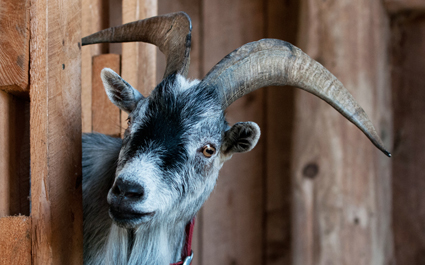 FELINE dominance of the internet will be handed over to goats later today.

Cats have ruled the internet since it was invented but will officially cede control to the bleating, yellow-eyed Satan lookalikes at midnight.

Popular Twitter accounts themed around kittens in shoes will now focus on goats glaring balefully from darkened sheds, and the ‘lolcat’ meme will be replaced by goats eating glass bottles and charging towards terrified children.

Cat Wayne Hayes said: “We’ve had a good run – considering we’re indolent psychopaths – and I like to think we’ve brought the destruction of humanity a little bit closer.

Hayes added: “It’s the goats’ turn now. If I can give them one piece of advice – get in with the Japanese. That’s half the battle won.”