THE Walt Disney Company has acquired the rights to feature roguish antiques dealer Lovejoy in its Marvel Avengers franchise.

He said: “With our acquisitions of both the X-Men and Lovejoy, the Marvel Universe continues to go from strength to strength.

“Fans can be sure that the next Avengers movie will be packed with plot lines about shady goings-on inside East Anglian auction houses.”

On an Avengers e-forum, blogger Wayne Hayes wrote: “Having an Ipswich-based antiquer with a shoulder-length mullet and deep facial creases fighting alongside Iron Man, Thor and The Hulk is simply not a true reflection of the original comics.”

Feige said: “I’ve seen sceptics sniping away online about how Lovejoy is not a ‘real superhero’. Then how do you explain his powers for distinguishing priceless heirlooms from clever fakes?

“I’d like to see Steve Rogers aka Captain America tell the difference between a genuine Stradivarius violin and a near-perfect replica. Spoiler alert: he couldn’t.”

Feige added: “This is probably not a good time to reveal that Bergerac is in the next Guardians of the Galaxy.”

Deluded individual has sense of loyalty to employer 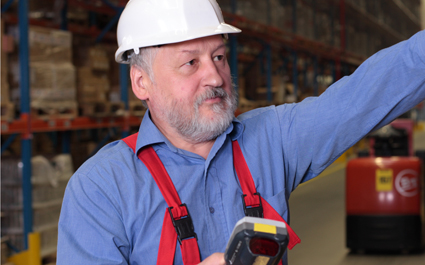 WAREHOUSE worker Tom Booker has expressed a puzzling degree of loyalty to his employer.

Booker invariably takes the side of his employer, Hodgson’s Freight Ltd, in any workplace dispute, despite being treated as a dispensable nobody who is simply cheaper than a robot.

He said: “I always agree with the company because it makes me feel a bit like I’m a boss too, although my supervisor has said he sees me as closer to a mop or a talking monkey.

“Even so I just don’t agree with the way people are always hassling their employers with ‘paternity leave’ this and ‘industrial safety’ that. It must make British industry really uncompetitive.

“These days you’re lucky to have a job at all, and there’s no way employers would just say that because the wages are shite and you have to pay to use the toilet.”

Co-worker Donna Sheridan said: “I think Tom has a slightly romanticised view of employers as wealth creators. If they were such brilliant businesspeople you’d think they could afford a kettle.”

A spokesman for Hodgson’s Freight Ltd said: “Mr Looker is being made redundant tomorrow in favour of a cheaper agency worker, but he will receive a plastic clock with no battery for his efforts, whatever they may have been.”