Kanye quits music to focus on being a twat

RAPPER Kayne West has quit the music industry to devote all his energy to twattish behaviour.

He said: “I am at a point in my life where I ask myself, what really fulfils me? Is it the arduous process of recording music and touring, or is it simply pissing off others?

“I would say the latter.”

Kanye’s plans for being a twat include beginning a lengthy boundary dispute with his neighbours, parking his massive jeep across three bays outside a local shop and putting a packet of Love Hearts up his backside then offering them to friends without saying anything.

Despite widespread criticism of his behaviour, West has been hailed as an inspiration to young twats.

A spokesman for the charity Tomorrow’s Twats, which works with twat children, said: “A lot of young people who are twats think they can’t make it in the world.

“Kanye proves you can be like that and still be a successful performer, artist and person who has their picture taken for pretentious magazines.

“He does not try to hide the fact that he is a twat and even if you don’t like twats you have to kind of respect that.” 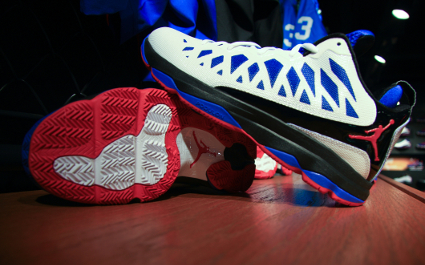 A MAN who has bought new trainers can no longer leave the house for fear of what might happen to them.

The trainers, which are Nike Air Jordans with white trim and all kinds of fiddly bits that would catch the grime, are too holy to be tainted by the unclean world outside the front door.

Tom Booker of Stafford said: “At first I was only wearing them around the house to make sure they fitted, admiring their fresh-from-the-box beauty as anyone would. There’s nothing weird about that.

“They were meant to take their virgin voyage last week, but it was raining and there could’ve been puddles. Then I was going to wear them for a gig, but people spill drinks. Bright green sticky drinks.

“Then I was going to wear them for casual Friday, but I couldn’t. I just couldn’t. What if there was dog dirt in the car park? Or ordinary dirt?

“I put them back in their box and stayed up all night with them, stroking them and promising they’ll always be safe.”

Trainer blogger Wayne Hayes said: “It is painful for virgin, unsullied trainers to become as corrupt as the rest of this wicked world, but sometimes you need a splash from a puddle to remind yourself that these are just some things that you put on your fucking feet.”