A LONDONER has discovered that you can simply claim you went to carnival and everyone believes you.

31-year-old Tom Logan had previously attended Notting Hill carnival in person but this year decided to stay home but lie to colleagues, which he has confirmed worked brilliantly.

He said: “Nobody really knows what happens at carnival anyway, and they’re afraid to ask in case they look racist. So it’s foolproof.

“I mentioned dancing to the Mastermind Roadshow sound system and drinking warm Red Stripe and everyone just nodded, knowing that’s the kind of thing you do at carnival, and didn’t press me for further details.

“Jane in HR asked if it was busy this year and I vividly described the crush of bodies from other years, while remembering how pleasant it had been to be alone on my sofa.

“To make it sound convincing, I complained that the jerk chicken hadn’t been as good as last year. Which it wasn’t. Definitely one of the poorer M&S ready meals.” 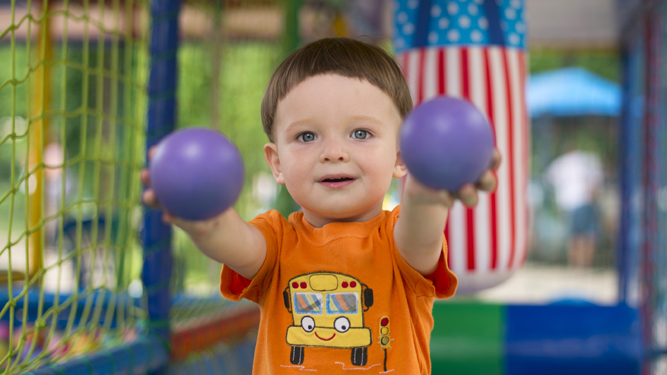 A MUM-OF-TWO has been left distraught after visiting a soft play centre with a critically low phone battery.

Emma Howard was just five minutes into a trip to the Wacky Wally Play Pit in Birmingham when the gravity of her error became clear.

She explained: “I had just sat down to a cup of terrible coffee when I took out phone – my only solace in the colourful padded hell of the soft play arena – to see a flashing graphic of a depleted battery.

“We had only just arrived and the kids would not leave without a major kick off. I was fucked.

“I considered faking some kind of seizure to get out of there but my phone completely died just as I was Googling ‘how to fake illness in a soft play centre’. In the end, I had to sit there for three hours without a phone like a psychopath.

“At one point I got so desperate, I watched my kids jump into germ-laden plastic balls 72 times.”

A government spokesman said: “We advise parents to double-check battery power before entering anywhere with piss-covered slides and poor quality wall paintings of something called ‘Barry the Octopus’.”