A MAN who thinks his flat cap makes him resemble a stylish 1920s gangster actually resembles an elderly Yorkshireman in a gentle comedy, according to friends.

Stephen Malley claims to be only wearing the hat to keep his head warm, even though it rests lightly on top of his hair and does not cover his ears.

Friend Martin Bishop said: “Thing is, when Cillian Murphy’s in that hat, he exudes sexy menace like he’s about to smash someone’s face on a door.

“When Stephen wears it, he looks more like a pensioner from the Dales. The curmudgeonly one played by Brian Wilde, not the nice, gentle one played by Peter Sallis.

“I’d tell him, but then he might go back to wearing the pork pie hat he thought made him look like Mark from Take That.”

Another six times and it'll pass unanimously, calculates May 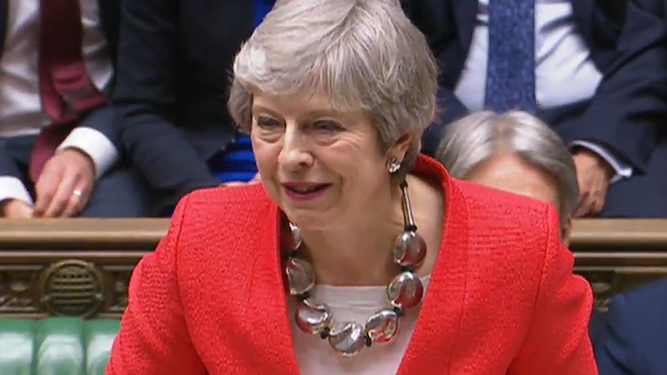 THERESA May has calculated that if her deal keeps gaining support at the current rate it only needs another six votes to pass unanimously.

The prime minister has plotted votes from the Brexit withdrawal deal on blue squared graph paper and believes it will pass in three more hearings but she might as well go for the full six.

She continued: “That’s the secret weapon in my arsenal, you see. I’ve got maths A-level.

“When I heard that the withdrawal agreement had lost by 149 votes the first thing I thought was ‘Aye aye, I think I’ve spotted an upward trend.’

“And when I realised it was only the fourth-biggest defeat in parliamentary history I was delighted. Next time it’ll be 277 for and 356 against, then 312 for and 321 against, and so on.

“I knew instinctively it was a brilliant strategy to just keep presenting the exact same bill to the Commons again and again, and the data bears it out. Clever Theresa wins again.”

Opposition leader Jeremy Corbyn said: “Yeah? Well I’ve got O-level maths, so because I almost won the last election that means I’m mathematically certain to win the next one.”