Man more successful than Britpop band he used to worship

A MIDDLE-AGED office worker has discovered he is actually more successful than a Britpop band he used to think were incredible.

Tom Logan went to see 1990s band Ice Garden at a small local music venue and was thrilled to find them drinking at the bar with him afterwards like non-famous people.

Logan said: “Ice Garden were my third favourite band when I was a student. I couldn’t believe I was talking to them, although to be honest there weren’t that many people there.

“They seemed a bit glum, and it turns out that being the NME darlings of 1994 isn’t that profitable. Apparently they make about £25k from their music now, which is a lot less than I get at the boring insurance company.

“It was also weird talking to the singer Donna who I was totally in love with a quarter-century years ago. I hate to say it, but she has aged a bit and my wife is considerably hotter.

“They say you should never meet your heroes, but I’d thoroughly recommend it if they make you feel better about your mundane life.”

Ice Garden lead singer Donna Sheridan said: “It was really nice of Tom to buy 15 CDs ‘for his friends’. He didn’t need to do that, but at least I can pay my electricity now.”

Andy Murray to retire from being Scottish 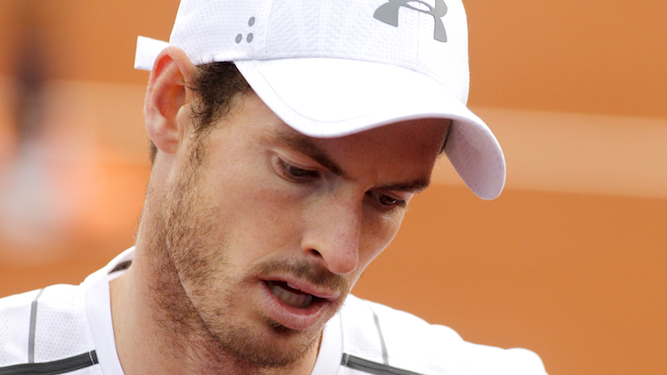 ANDY Murray has admitted he is suffering too much to continue being Scottish and is to retire to a cottage in Kent.

Murray, who first took up Scottishness at the age of seven, told fans that it was simply taking too much of a toll on his body and after the Australian Open he would revert to being from the Cotswolds.

He said: “The older I get, the more apparent it is that being Scottish is a young man’s game. I need a break.

“Consequently, after representing Scotland in a sport Scotland has nothing but contempt for one final time, I will drop the whole Celtic thing and settle back to the default option of easy Englishness.

“I have to admit it’ll be a relief. My patriotic pride in the nation of William Wallace, Culloden and the deep-fried Mars bar was increasingly difficult to maintain, and I was struggling with the mandatory alcoholism.

“I’ll never regret the time I spent being Scottish but, like Irvine Welsh, I’ve reached the point where I have no option but to move on.”

He added: “It’ll be so much easier not having to pretend Irn-Bru is in some way good.”