A MAN has realised his Netflix subscription has been spent entirely on watching old episodes of Star Trek and Star Trek: The Next Generation.

Martin Bishop hoped the streaming service would give him the opportunity to watch something fresh and exciting, but four years in he has only used it to watch episodes of his favourite sci-fi series that he has seen many times before.

Bishop said: “I log into Netflix convinced I’m going to embark on a binge of some fiercely intelligent US series that everyone has raved about, or a dark Scandinavian drama set by a lake.

“But the effort of engaging my brain for three minutes so that I can get into a new show soon sends me running back into the familiar, comforting arms of Kirk, Picard and Sulu.

“I could have saved myself £300 just by buying a couple of Star Trek DVD box sets from a charity shop, but I threw out my DVD player in 2018 so what am I going to do?

“Still, at least Star Trek has a plot. If I’d wasted several hundred quid on mindless shite like Car Masters: Rust to Riches, I’d really be worried about myself.” 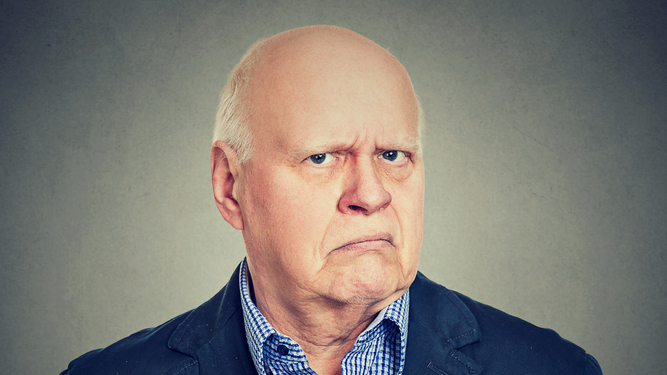 ANNOYED there’s a shortage of fresh produce in the supermarket, despite being warned about it when you voted Leave? Brexiter Roy Hobbs explains his confused anger.

No one said there’d be problems

Okay, a bunch of Remoaners, academics and trade experts did say there’d be serious problems. But I prefer laughing about what a bunch of cowardly wankers the French are in the pub. Everyone’s opinion is equally valid.

Where the f**k are the apples?

I love a nice apple. Sweet, tasty and good for you. But there weren’t any in Morrisons today. Rather than accept any responsibility for it myself, I can only conclude that the EU is carrying out an ‘apple blockade’ against us, like the U-boats in World War 2.

I’m not a racist

I don’t like foreigners but that’s because I have legitimate concerns about how young white people can get a job in the local balti house when it’s all stitched up by Asians. I’ll still be getting a chicken pasanda. It’s delicious, so I can’t be a racist.

Brexit is probably going really well, and the fact that my nephew’s import business is going under is just the result of this virus. Bloody Covid, although as a Brexiter I’m sceptical that the virus exists and reckon it’s just a way for woke Marxist elitists to make us all stay at home, for some unspecified reason.

Everyone needed to get behind Brexit

The Remainers/traitors sabotaged Brexit by not supporting it 100 per cent. I made the personal sacrifice of walking five minutes to the polling station and back again then forgetting about it. Someone else should have sorted it all out while I was watching Strictly and eating a ready meal.

Much as I love Nigel Farage – a fantastic, straight-talking guy with high moral principles – I’m a bit disappointed that my sovereignty hasn’t arrived yet. I’m not sure what sovereignty is, but I assumed it would be a medal or collectable coin.