Man who is quite good at guitar thinks he’s amazing

A MAN who is competent on the guitar thinks he is unbelievable, it has emerged.

Tom Booker, who plays in local covers band The Railroad Gang, is at a level where he can reproduce other people’s songs in a competent but uninspired way.

Booker said: “I’d describe my style of guitar playing as ‘the bollocks’. Beautiful music just flows out of me.

“Any instrument that I ever picked up I could play within two hours, including the one that looks like a massive violin.”

Booker’s highly localised worldview, based on playing only at local pubs to a small audience of family members and easily pleased drunks, is believed to contribute to his high self-esteem.

Booker added: “I’d probably be amazing at writing books and painting pictures too, if I ever fancied a go at that.

“At our last gig we sold four CDs which is a new record. We’ve only got about eight boxes of them left.” 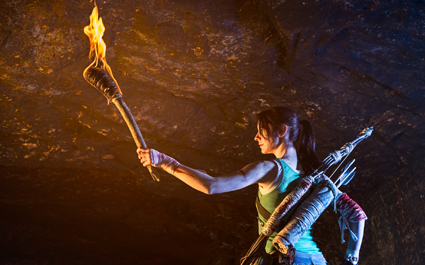 A VETERAN gamer has admitted he found Lara Croft sexier when she only had 250 polygons.

Nathan Muir believes Croft, who celebrates her 20th anniversary today, was far more attractive on the original PlayStation before she got all fancy with curves and multiple light sources.

He continued: “What can I say? I like my women blocky.

“For a few years there, while Lara still had that innocent painted-on smile and those beguilingly ill-fitting arm joints, she was my perfect girl.

“She’d dance to my sensitive touch on the controller, her body responding in ways the laws of physics would make impossible in this world, never complaining when I sent her to her death.

“But then she got more sophisticated, started to talk instead of just grunting, developed individually separated buttocks instead of a single mass, and the magic was gone.

Muir added: “Also, I preferred your breasts enormous and ending in a sharp geometric point.”