Man will go to his grave swearing Pink Floyd are good

A MAN has confirmed that until the day he dies, he will believe that the music of Pink Floyd is far better than all the other music.

Roy Hobbs, who has not bothered with Spotify because he has all the Pink Floyd albums already, has liked the prog-rock giants since 1979 and has no intention of stopping anytime soon.

He said: “I actually call them the Floyd, but yes, they’re the band for me.

“I bought The Wall gatefold on vinyl with my 16th birthday money, and I’d ask for Shine On You Crazy Diamond at my funeral but it’s 17 minutes long and I suspect my wife will have left before the end.

“They’re just superior. More instruments, intelligent lyrics, fantastic production, lovely guitar and they give their albums concepts when these modern bands can’t even be bothered.

“I’ve dabbled in Genesis I admit, and Rush at parties, and I quite like Muse for trying to help young people onto the right path, but ultimately they’re not Pink Floyd, are they?”

Wife Tina said: “He doesn’t even like the Syd Barrett years, and nobody genuinely likes the later stuff. So it’s basically four albums.” 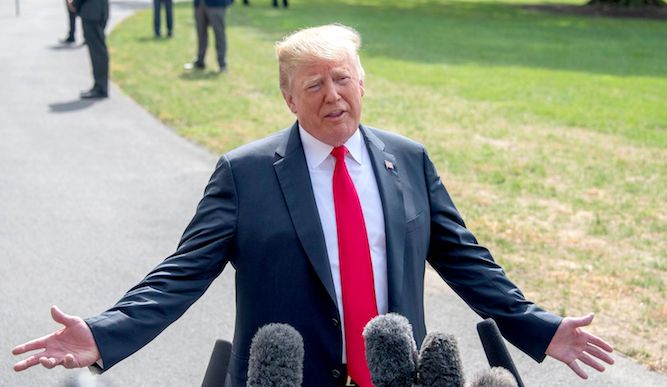 FOR a rambling, bigoted shithead, I have done surprisingly well in the midterm elections.

I lack any qualities traditionally considered presidential, but have held control of the Senate and only lost the House of Representatives which I don’t even care about.

This would be a decent midterm result for a decent president. But it’s a major-league win for a jerkwad like me.

I’ve proven that it doesn’t matter how racist, corrupt, petty or just plain dumbfuck stupid I am, about half the country will vote for me regardless. That’s a hell of a building block for 2020.

All the Democrats need to do is run the wrong candidate, like a woman or a boring guy or a guy who’s annoyingly smart, and I will steamroller them.

In fact I might just claim I’m running against Hillary, ignoring whoever it actually is, and shout ‘lock her up’ and that’s probably enough for a win.

It’s great being a shithead in America.