Tom Booker has been boring people since 1995 with claims that Menswear’s debut Nuisance was ‘the defining album of the Britpop era’, but has not listened to it in most of that time.

He said: “I was reminiscing with my old uni mates about the good old days and the subject turned to how brilliant Menswear were when we saw them at Roundhay Park and their classic debut.

“I realised I’d not heard it for ages, that it’d be on Spotify, made myself a cup of tea, put on my headphones and sat down to experience the magic and bring those warm memories flooding back. What a f**k-up that was.

“15 minutes and five songs later, I was sitting with the headphones in my lap, dazed. The album’s mind-numbingly awful, the singer can’t hold a note and the tunes are so simplistic my three year-old sings better in the bath.

“I feel sick. I’ve been living a lie all these years? What else? Is The Usual Suspects bollocks? Are the novels of Irvine Welsh a load of turgid guff?

“I’m now terrified to listen to Elastica or Ash in case their records are horseshit as well.” 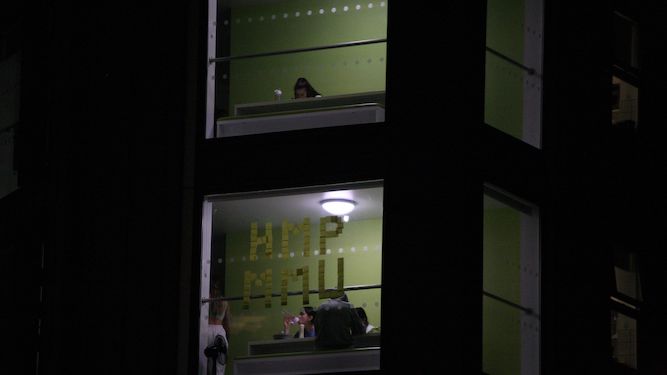 The first-year students, self-isolating in halls of residence, being taught via laptop and told they cannot go home for Christmas, deeply regret making a fuss about an algorithm giving them crappy grades a month ago.

History student Lucy Parry said: “F**king teachers and their sky-high predicted grades. If it wasn’t for them I wouldn’t be locked up in here.

“Why didn’t I just look at my E in English Lit, shrug my shoulders, and go back to sixth-form? It wasn’t so bad there. You could come and go as you pleased.

“Instead we forced the government into a U-turn and now I’m paying nine grand in tuition fees and five grand in rent to be watching my tutor not know how to unmute Zoom while basically in prison. F**k me.”

Education secretary Gavin Williamson said: “First, there’s no way we could possibly have predicted that students go to university in September and it’s ridiculous to say we could.

“Second, I’m sure there won’t be any consequences for pissing off exactly the same rich middle-class parents we just pissed off last month. So that’s all fine.”