THE simultaneous cinema release of the new Judge Dredd film and a sumptuous costume drama has left men struggling to choose.

Dredd 3D, starring Karl Urban, is an adaptation of the violent 2000AD comic strip about a brutal cop fighting gangs and mutants on the post-apocalyptic streets of Mega City One.

Meanwhile Anna Karenina, starring Jude Law and Keira Knightley, details the doomed romance between a married aristocrat and a handsome count, set against the evocative and beautifully-portrayed backdrop of 19th century Russia.

25-year-old scaffolder Roy Hobbs said: “I can only see one film this week, but it’s practically impossible to choose between these two.

“Sure Dredd 3D will have heads exploding in slow motion, customised motorbikes and flamethrowers, but Tolstoy’s Anna Karenina is a classic portrayal of forbidden love with a timeless social message.

“Plus this new Karenina is produced by Working Title films, who gave us the wonderful Pride & Prejudice and my personal favourite Bridget Jones: Edge of Reason.

“I shall have to discuss this with my wife.”

Security guard Tom Booker said: “As much as I love ultra-violent futuristic cop thrillers, the trailer for Anna Karenina showcases some truly superlative set design, particularly during the ballroom sequences.”

Booker’s girlfriend Nikki Hollis said: “I’d choose Anna Karenina, because the only 2000AD characters I like are Nemesis the Warlock and Strontium Dog.”

Cats indifferent to your fate 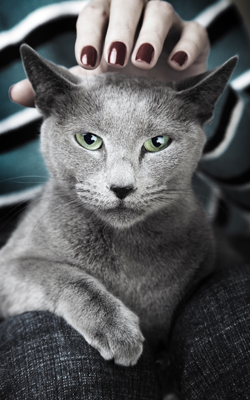 REPORTS that a cat-borne parasite can seriously harm humans have been greeted with indifference by cats.

Toxoplasma infects thousands of homo sapiens each month and can cause cysts in the human brain. However cats do not see the issue as a priority.

Overweight grey cat Roy Hobbs said: “Thanks for the heads up, but these balls aren’t going to lick themselves.”

Black and white three-year-old cat Nikki Hollis said: “The main action I’ll be taking is going back to sleep.”

Professor Henry Brubaker of the Institute For Studies said: When we all start dropping like flies from the smorgasbord of cat diseases, they will briefly wonder why everything is so quiet before carrying on doing fuck all for 23 hours a day.

That lovable family pet of yours is a stealthy toxoplasmosis bullet and you may as well give scraps of chicken to a screaming lunatic wearing a Semtex waistcoat.

“Dont assume your mouldering corpse will be viewed as anything other than a minor obstruction between cat and catflap.”

The elderly-friendly harbingers of death have established an effective relationship with humans based on lonely people choosing to misinterpret their demands for food as some sort of affection.

Brubaker said: Sensible people always thought that cats are nasty little bastards that enjoy messing with us but its actually worse than that  they barely know we exist.