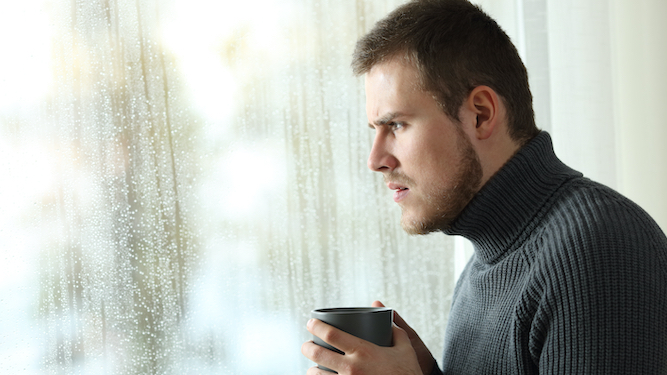 THE UK is deluding itself that a wet, windy and f**king freezing spring means it can look forward to a lovely long hot summer.

Across Britain, people are opening the curtains to pissing rain, turning the thermostat up a notch and, against all reason and experience, believing this means that June will be a real scorcher.

Plasterer Ryan Whittaker said: “Just another week of this then it’s the hot vax summer.

“Yeah, I’m pretty sure it’s a meteorological rule that when you get a cold, wet May the following three months are absolutely blazing. It’s something to do with the jetstream.

“I mean my main holiday’s a fortnight camping in Whitby, so there’s no way it can be absolutely lashing down and 11 degrees by then. No way at all.”

Hannah Tomlinson agreed: “I keep telling the garden to drink that rain up, because after this it’s a solid 90 days of unbroken sunshine and hot, lazy nights.

“Absolutely no doubt. The summer of a lifetime is approaching. Also, there definitely won’t be another lockdown.”