A MIDDLE-aged man has admitted he was surprised to be nominated for the biggest prize in art, stressing he really was just mowing his lawn.

Roy Hobbs, an assistant bank manager from Gloucester, said he was taking advantage of the good weather to cut the grass, put in some new bedding plants and do a bit of weeding.

He added: “So it came as something of a surprise when a couple of days later a chap appeared on the doorstep saying he was from the Turner Prize committee and that I had been shortlisted.

“It turns out I encapsulate not only the cultural clash between Islam and the West, but I’m also an iconic representation of the inherent contradictions of globalisation.

“I said to him, ‘that’s very nice of you, but I really was just cutting the grass’.

“He kept telling me I was ‘terribly daring’, and I said I didn’t think so because I had checked the forecast and if there had been even a hint of rain I’d have been straight back inside with a cup of tea and an episode of Midsommer Murders.”

Mr Hobbs will face stiff competition this year from a teapot on a plinth, a very long radiator, a Felix the Cat video and a mannequin on the toilet.

He added: “My wife and I are very much looking forward to the trip up to London. She thinks the teapot is a shoo-in, but I have to say, I just love the mannequin having a shit.”

Everyone To Become A Lord As Taxpayers Lend Labour &#163;2.7 Billion 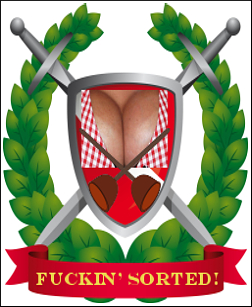 EVERYONE in Britain is to be made a member of the House of Lords after lending the Labour Party £2.7 billion.

Prime minister Jim Callaghan is expected to write to everyone today, thanking them personally for the loan and stressing he knows absolutely nothing about it.

Wayne Hayes, a plumber's mate from Croydon, said: "Oooh, look at me, I'm Lord Wayne. Fetch me a cup of Earl Grey and a cucumber sandwich, my good man."

He added: "I shall call myself Baron Hayes of Carling and I shall ride down Croydon High Street in a golden carriage throwing cans of lager for the kiddies."

Gemma Harding, a secretary from Lincolnshire, said: "I think Baroness Harding of 33 The Beeches, Peterborough, PE12 6JL, will look really lovely on my official letterhead.

"I shall use my position to reopen the inquest into the death of Princess Diana, because I was really enjoying it."

There were suggestions last night that Labour would use the money to buy cigarettes for poor people.

A Downing Street source said: "We'll hire a big van, drive over to France and load it up with fags.

"The Cabinet will then take turns driving it around council estates, chucking ciggies to the braying mobs."

The source added: "We'll probably start in Crewe because it's nice and central."