Moths team up with James Herbert

HORROR writer James Herbert has inked a deal with moths to write a horrifying account of their battle with mankind.

The clothes-eating insects have sold the novelisation rights to their species to the author of The Rats for an undisclosed six-figure sum.

Moth Nathan Muir said: “We will be working closely with James to bring the full horror of our murderous rampage to blood-soaked life. He really likes my idea that we lay our eggs in people’s hair and then little moths fly out of their noses.

“The front cover will be a really cool picture of a moth with skull-shaped patterns on its wings, all covered in blood. The strapline will be ‘They creep…they crawl…they fly…’ in big embossed letters under the title ‘MOTHS’.”

But fellow moth Emma Bradford said: “That strapline doesn’t even make sense. Creeping and crawling are effectively the same thing.

“Frankly I think this whole thing is an awful, larvae-brained idea. We should be working with a credible writer like Hilary Mantel on a sort of insect historical saga.

James Herbert’s spokesman said: “James is really excited about moths, they genuinely freak him out.

“He promises his younger fanbase that there will be plenty of gratuitous sex scenes using words like ‘cupping.”

Norwich fan to be burned as witch 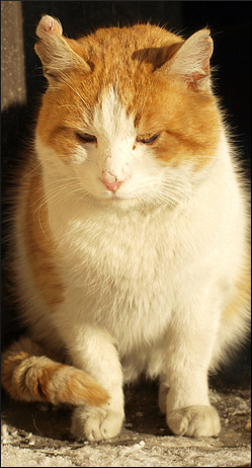 TEENAGE Norwich City fan Chris Brown is to be burned at the stake for dabbling in the dark arts of electricity.

His crimes include using the sorcery known as ‘internet’ in strict defiance of the laws laid down by the elders of the wet principality.

Brown will burned in a large wicker laptop in Norwich city centre this Saturday, providing the man who has the fire can get there on time.

Wetland denizen and High Chief of the Broads Roy Hobbs said: “If the gods had meant us to use computers they’d have given us the infrastructure, technology and physical dexterity to manipulate them properly.

“At seventeen years old he’s a middle-­aged man so he should know better by now. No good can come of these thingummy­-learning ways.

“Next he’ll be looking at those papery­looking things with squiggles on them. You know. Those.”

Brown has been found guilty of using the powers of evil to leak the design of the Norwich City squad’s new straw hats. However the club has said that if he sacrifices two chickens and smears their blood over his face during a full moon before his incineration his soul may not suffer for all eternity.

The strait­laced Christian sergeant initially assigned to investigate Norwich’s complaint has been told that Chris Brown never existed and that there is nothing for him to see here.

Norwich supporters have previously been criticised for worshipping the man who installed the floodlights at Carrow Road as a ‘sun god’.

Brown said: “I’ll come quietly rather than having the locals drag me from my home as I don’t want my parents getting into trouble for their indoor toilet.”