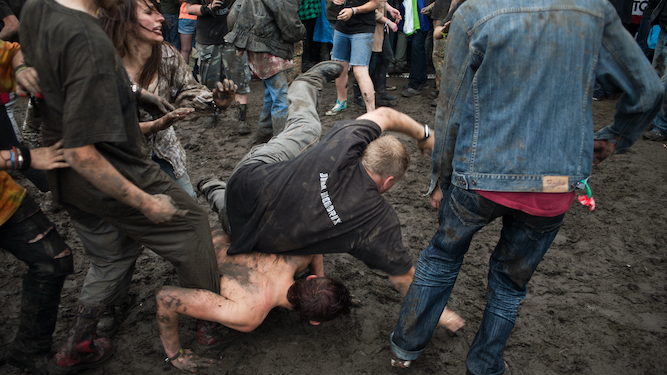 READING Festival regulars heartbroken at its cancellation are to recreate it at home by turning their gardens into pits of mud, urine and fighting bikers.

The festival, famous for headline performances by easy-listening acts such as Nirvana and Black Sabbath, will be replicated in miniature by fans making back gardens into a cross between a prison riot and the Somme.

Steve Malley said: “Reading’s just got this vibe, you know? Of extreme squalor and random acts of terrifying violence.

“It wouldn’t feel the same without limping into September with ears ringing from Rage Against The Machine’s set, covered in mud and shit, with two fractured ribs and a black eye. So we’re doing it all at home.

“We’ve installed a shit trench, massive speakers are blasting out clashing guitar bands, the wife’s charging £14 for a foul burger and I’ve invited round every nutter I know.

“Davey who’s on the pills, Nige and his biker mates, Pigshead from the local who likes a punch-up and every goth hoodie in 20 miles. It’s going to be a f**king nightmare.

“Pissing strictly in bottles. No exceptions for women.” 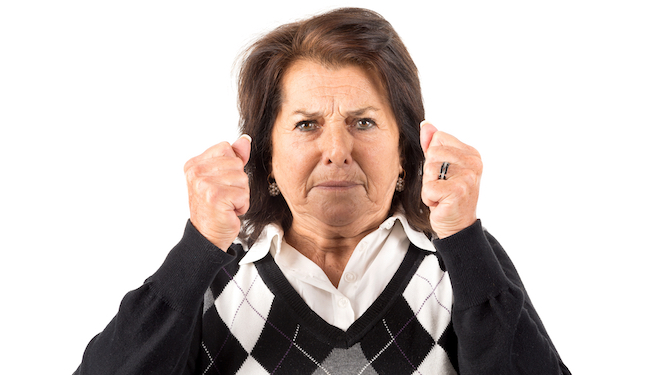 THE Rule Britannia Proms controversy has made Britons angry and fearful, but sadly can’t go on forever. Let’s obsess about these next:

More things that aren’t going to be banned

Pure speculation is fine to get the next ‘banning’ controversy started. Could it be the word ‘man’? Classic war films like The Great Escape? Sausage sandwiches to pander to vegetarian fascists? Your only limit is your imagination, and your right-wing paranoia.

Anything can be turned into a controversy if you try hard enough. Take charity shops. Are they a good way to raise money from perfectly reusable items, or are they a blight on Britain’s high streets with their manky old clothes and crap Doc Martin novels? Apparently they don’t have to pay tax or something, the f**king do-gooding freeloaders.

Scour Twitter for someone with no followers and batshit opinions, eg. he should be allowed to marry his dog. Treat this as a genuine campaign likely to be enshrined in law, when it’s clearly just the ramblings of a lone nutter. Britain’s press will be happy to join in with headlines like ‘REVEALED: SICK PLANS TO MAKE YOU GIVE FIDO A BONE’.

What colour things should be

We’ve furiously debated the colour of post boxes, passports and trains, but that leaves a lot of other stuff. Traditional British cheeses like cheddar should clearly be a patriotic red, white and blue, and they could easily do it with a bit of food colouring. Set up a Facebook page about it – there are a lot of easily enraged old people with time on their hands there.

Hating ‘snowflakes’ is getting a bit old, so someone needs to come up with a new social group to pour scorn on. How about ‘laughtards’ – people who laugh or appear cheerful? Laughtards are a disgrace, particularly if you’re the sort of miserable f**ker who loves stupid controversies.