POP sensations N-Dubz have become so incomprehensible to grown-ups that they can no longer see them, it emerged last night.

Experts say that anyone above school age who is viewing one of their videos, or accompanying their children to an N-Dubz concert, will see nothing but the occasional translucent shimmer when the performers pause for breath during one of their 'songs'.

N-Dubz analyst Tom Logan said: "The entity that is N-Dubz has evolved to a point where the adult mind simply cannot process it, blocking out the band much as it would a traumatic memory or Harriet Harman."

He added: "I've been studying them for 10 years and I'm still none the wiser. I know there's a girl who looks like the personification of chlamydia, and a little creature called Dumper or Dipstick who seems to be a leftover from an abandoned George Lucas project."

Father-of-two Stephen Malley said, "My teenage daughter was staring at the telly, but all I could see was a ghost-like blob.

"However I could definitely hear a sequence of bleeps and screeches that, for some reason, evoked all my innermost fears of random street crime.

"I asked her what she was watching and she said it was 'N-Dubz' before rolling her eyes and calling me a retard.

"I just said 'oh right' and stood there for a few chronically painful seconds, tapping my foot and pretending to have some vague idea of whatever the fuck was going on."

He added: "I do love those times when I connect with her, especially when it's something she's really into, but if she calls me retard again I am going to sell her to some lovely Bulgarian gangsters."

Are Volcanoes Caused By Skanks? 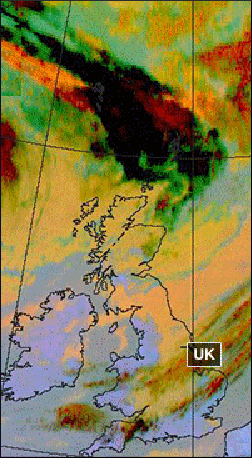 Scientists, theologians and one daily newspaper claimed the volcano-related paralysis must be linked in some way to Britain's ever-worsening trollop infestation.

Professor Henry Brubaker, of the Institute for Studies said: "Volcanic ash is made up of trillions of sub-atomic particles that are irresistibly drawn to sassy little tarts who will do all kinds of mucky nonsense for a Bacardi Breezer and a fried egg roll.

"If you look at satellite images of the ash plume you will see that while its out-lying regions are having a sniff at the French and German floozies, the bulk of it is sitting over the UK and its incredibly strong concentrations of high-grade skankosity."

He added: "Our gods are quite old-fashioned and are used to maidens wearing about fourteen layers of moose hide and putting up a bit of a struggle.

"In Loki's day you had to appear as a flame-sheathed goat to get any action. Now it seems all you have to do is buy them a cocktail and pretend to own a Porsche.

"So, as you can imagine, when he saw that he was being outdone in the fandango steeplechase by a Cumbrian estate agent he decided to let one off."

Professor Brubaker added: "In the event of  future eruptions we need a national strategy to get all British skanks covered up and in their own beds by 9.30. If not then we better pray to Loki that the ash is coming from one of Iceland's gayboy volcanoes."