A MOTHER-OF-TWO is still on the sofa clutching a glass of red wine since hearing Adele’s new song Hello.

Family members found 33-year-old Emma Bradford curled up under a knitted blanket with a strange, regretful look in her eyes.

Her partner Stephen Malley said: “After dinner she said she was going to listen to the new Adele song, which the kids and I took as a warning to stay out of the living room.

“This morning the door was still closed. I opened it warily to find her motionless on the sofa with a glass of wine in her left hand, a soft centre chocolate in her right and the laptop still open on the Adele song YouTube page.

“She won’t speak or make eye contact. I tried playing some 90s hip hop which always annoys her, but she just pulled the blanket over her head.”

Bradford’s six-year-old daughter Rosie said: “Mummy’s gone. Adele took her to a place and she never came back.”

Psychologist Nikki Hollis said: “The powerful sad emotions in Adele songs can overload the female cerebrum with memories of getting dumped. We call it ‘going into the A-zone’.

“The listener becomes locked inside bittersweet visions of skimming stones on a Dorset beach with a tousled-haired boy who went on to finger her cousin. The only cure is for the sufferer to hear the song again and again until it starts getting on their tits.”

Tony Blair: If only someone had warned me against Iraq war at the time 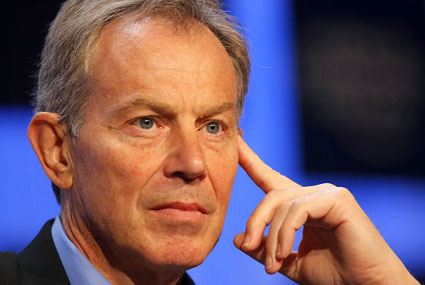 AS PRIME minister during the period where UK forces invaded Iraq, I do not try to shirk my share of the responsibility for its unforeseen  consequences.

But I must ask in reply: where were these Middle East policy experts telling me that military action was a terrible idea back in 2003?

Hindsight is a wonderful thing. But back then, with the unexpected triumph of Girls Aloud’s first single riding high in the charts, no voice was raised against it.

The cabinet was united. British intelligence unanimously agreed that Saddam Hussain was an immediate threat to the UK. The UN security council spoke, for once, as one.

And the people of Britain – the people who gathered in their hundreds of thousands in the streets of London to say ‘We back you, Tony Blair’ – were behind me every step of the way.

If there had been a lone weapons inspector, country, or newspaper who had opposed the war, casting doubt on the universal consensus that weapons of mass destruction were ready to fire on Britain in 45 minutes, then perhaps things would have been different.

But if any had such fears they kept them very much to themselves.

And if that doesn’t work, I blame Bush.