New Ant-Man film mainly about how dirty everything is

NEW superhero film Ant-Man is about how absolutely filthy your house seems when you are only a few millimetres tall.

Titular hero Scott Lang can shrink to the size of an ant, which makes him realise how long it has been since he hoovered.

“He enlists a millions-strong ant army to give the place a deep-deep clean, dragging seemingly immense manky old ear plugs from under his bed.

Barista Wayne Hayes said: “I wish I had the power to shrink to the size of an ant. That way my Hackney bedsit would be big enough to live in.”

Tim Farron promises to lead Liberal Democrats out of room 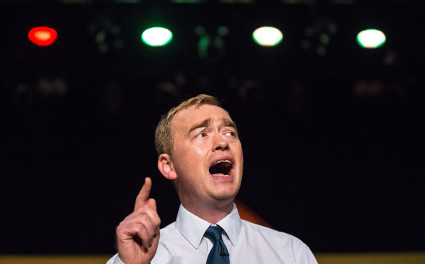 NEW Liberal Democrat leader Tim Farron has vowed to lead the party’s eight MPs out of the meeting room they are currently confined in.

The party remains bitterly divided about whether to attempt opening the door themselves, or to wait for someone else to open the door and then tell them how they should have done it.

Farron said: “The door is there, we’ve established that with a 75 per cent majority.

“We may wish for it to be further to the left or right on certain issues, but its position in the centre of the wall is inarguable.

“Clearly the best way to open it would be four of us on one side pushing and four on the other side pulling, demonstrating how well suited we are to working in coalition.

“Unfortunately that would require four of us to be on the other side of the door, which we are not. So we’ve agreed to wait until the door opens itself, which given conditions in Europe we believe is likely.”

The party, which remains confined in the Portland Suite, has agreed that if no further food is delivered by noon tomorrow that they will roast and eat Norman Lamb.