New cookery show based on bringing in junk food

A NEW cooking show will see contestants compete by bringing in their favourite junk food.

Producer Donna Sheridan said: “There will still be plenty of drama. Will Ian’s seven-layered Big King Sandwich topple over on the way to the judging table? Will Gillian devour her box of 20 McNuggets before the judges get a chance to taste them?

“These are people who love food, but have chosen to live their lives free of cutlery.”

Contestant Tom Logan said: “I’ve pulled out all the stops with my Domino’s 12-inch Mighty Meaty by ordering potato wedges and Chicken Strippers on the side, as well as a bottle of Dr Pepper and a bottle of Sprite.

“I’m up against a lovely woman called Sue who brought in a 14-piece KFC bucket with loads of extra sachets of salt, which I thought was a clever touch.”

He added: “There’s also a guy who brought a Happy Meal with a rare Finding Nemo toy, which I think is cheating because he’s a trained McDonald’s server with two stars.” 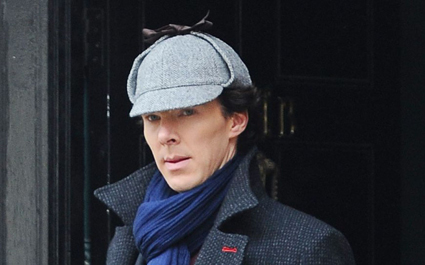 BENEDICT Cumberbatch last night pleaded with London theatre goers to remember that he is so very fucking special.

The fancy Sherlock Holmes star appeared at the stage door of the Barbican Theatre, where is playing Hamlet, to point out that he is completely wonderful and we are all very lucky to have him in our lives.

He said: “It’s extremely painful for actors because we’re so much better than you and yet we’re forced to share the planet with you.

“Until we get our own planet could you please acknowledge that I really am very fucking special and that pretending to be someone else is the most difficult job in the world.

“People have paid a lot of money to come here and stare at me while I say things they don’t really understand. The least you could do is agree that it’s the most beautiful and important thing that’s ever happened.”

Cumberbatch then asked people to spread the message via social media, stressing he was unable to do that himself ‘because social media is for scum’.