THE next game in the Hitman series will feature realistic female characters that look like girls you might see on the bus.

After negative publicity over female assassins dressed as nuns in bondage gear, overtly sexualised female characters will be replaced with the sort of women that may, just about, be attainable to the average male gamer.

Head games developer Emma Bradford said: It’s better for everyone if gamers learn to fixate on the sort of female characters they might meet in the pub.

Thats why the next Hitman game will involve Agent 47 developing a lukewarm sexual relationship with Jayne, who is slightly overweight, likes going to Ikea, and wont fucking shut up about her job.

However some proposed female characters – such as Belinda, a whiny, self-obsessed Daily Mail reader who listens to Heart FM – proved too realistic.

Bradford said: Although on the same side as Agent 47, Belinda was the character that our testers most enjoyed killing, usually by the most violent means available.

We didnt even know the games mechanics allowed you to dissolve someone in a washing machine full of acid.

Gamer Wayne Hayes, 17, said: Any game about a near-invincible assassin working for an international murder agency demands only the highest standards of realism.

“Also, I think its about time the games industry did something about sexist stereotypes. I cant get turned on anymore without looking at a large-breasted space marine and you dont meet many of those in Stoke-on-Trent.

The trend for increased realism in games is also extending to male characters, with the forthcoming Grand Theft Auto: Swindon to chronicle the adventures of Colin Bryce, a tubby driving instructor with angina and a gammy leg. 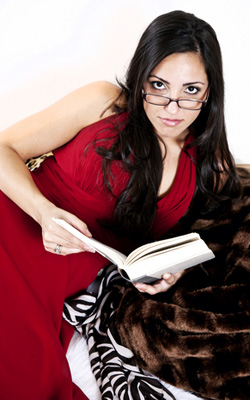 MALES are deeply confused by a new sort of pornography that is both for women and made of words.

E L James’s novel 50 Shades of Grey, which has smashed paperback sales records, is simultaneously more extreme than men’s own sexual fantasies and requires the user to hold it with both hands.

Network engineer Tom Booker said: I heard the wife going on to her sister about 50 Shades, but thought it couldnt possibly be pornography because there werent any pictures.

However I’ve just found her logged onto an internet chatroom as spank_me_kindly, asking for a master who will take her to the Red Room of Pain, so something’s clearly up.”

The book, which chronicles the romance between businessman Christian Grey and college graduate Anastasia Steele, has further confused men by having a respectable cover.

Plumber Roy Hobbs said: “It doesn’t have the word ‘Slutz’ on it in neon lettering or any females covered in soap suds. That’s a level of subtlety I find intimidating.”

However copywriter Julian Cook said: Im a sophisticated man. Ive known books can be sexy ever since I frotted myself raw to chapter five of James Herberts The Rats aged 13.

But apparently my life partner, who was furious when I bought her crotchless panties for Valentines Day, now thinks its really hot to read about virgins signing contracts to be sex slaves.

Ive suggested we do some of that submissive-dominant stuff but shes told me to piss off. Ill never understand women.

Francesca Johnson, Mr Cooks girlfriend, explained: Sexual subjugation is hugely arousing when practised with a devastatingly handsome multi-millionaire who buys you iPads and Audis, less so with someone who picks his toenails during CSI: Miami.”