New series of Downton set in the future

THE highly anticipated return of Downton Abbey will take the characters from the 1970s to the year 2025.

Fans will see the Crawley dynasty and their staff struggling through the Winter of Discontent, the Thatcher years, Britpop, global warming, invasion by China and the devastating Nanoplague of 2022.

“But, like beloved 1970s TV star Michael Crawford, she has a rollerskating calamity when she overhears Marxist butler Mr Carson planning a wildcat strike.

“In the 80s the family home becomes Downton Thrillworld complete with the Lady Marys Love Life rollercoaster. In the 90s an ecstasy-addled Lord George invites travellers onto the estate for a four-day illegal rave.”

The series will then continue into the far future, where Violet Crawley has an intense sexual relationship with RoboButler 3000 and Lord Hepworths son can only inherit his estate wealth if he agrees to be genetically altered to breathe sulphuric acid.

The timeline will continue to accelerate, with series five covering 2038-3899 and series six covering the 5.4 billion years it will take for the sun to become a red giant.

Next year’s Christmas special will be set in a black hole where the Countess of Grantham will be stretched into a piece of string a trillionth of a millimetre wide and four billion miles long.

Fellowes said: There are no stars left, no visible light, and the heat-death of the universe is well underway. The perfect setting for a nine-course dinner party.”

Yes, I suppose I am a bit like Jesus, admits Huhne 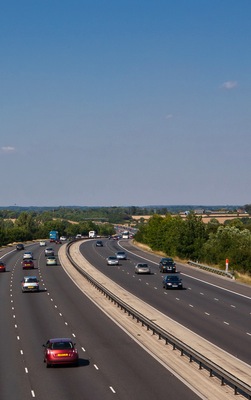 FORMER cabinet minister Chris Huhne has been forced to admit he is basically a modern day Christ.

Huhne, who went to jail for lying to the police, said that, like Jesus, he had paid the price for being much better than everyone else.

He added: “Like Jesus, I had a simple mission. Where Jesus talked of loving your neighbour, I approved lots of wind farm applications.

“Then, as if preordained, I waded into the phone hacking row after many others had paved the way for me, like dozens of John the Baptists.

“And whereas Jesus stormed the temple, I was caught doing 69 in a 50 zone on the M11. But we were making the same moral argument.

“Okay, so Jesus didn’t lie about storming the temple and ask Judas to take the blame, but he wasn’t under the same pressure as I was. Jesus was preaching to handfuls of losers in a desert, whereas I was the Lib Dem candidate for Eastleigh.”

Huhne said: “Where Christ and I are exactly the same is that we were both betrayed. Him by Judas and me by my hatchet-faced bitch of an ex-wife.

“All I ever asked her to do was have faith in me and my mission to bring truth and love to all the people of the world. And say that she was driving the car.

“But, for some reason, Jesus is still hailed as the son of God while everyone thinks I’m a devious bastard.

“Would it help if I grew a beard?”