EDINBURGH zoo plans to fake the birth of a panda cub using a badger, it has been claimed.

“Basically they’re going to stick a badger in the pen, because badgers look pretty much like small pandas. They’re the same colour, furry and squat.

Syria vote was based on one of my other massive fuck-ups, says Blair 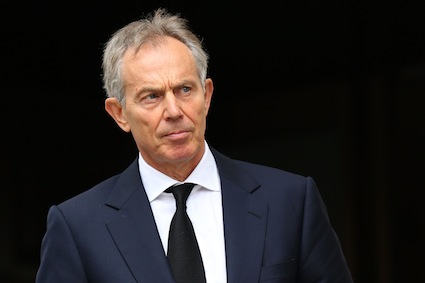 TONY Blair has insisted it was the way he turned post-invasion Iraq into an utter hellhole that stopped MPs from backing war in Syria.

The former prime minister denied there was a ‘trust issue’ caused by the ultimate absence of Iraqi WMDs, adding: “So far there hasn’t been anything like ’15 minutes’ or ‘yellow cake uranium’ that people could dismiss as obviously and insultingly untrue.

“What MPs were worried about is Syria becoming like Iraq, in the sense that it’s a tribal and sectarian nightmare and you can’t go to the shops without being blown to smithereens.

“I really don’t see what the problem is.”

He added: “MPs used to vote for war at the drop of a hat. Now it’s all about consequences and learning lessons.