NEWSNIGHT has been exposed as a serial abuser of perfectly decent news stories.

An investigation has revealed that BBC2’s flagship current affairs programme preys on vulnerable pieces of news, promising it will treat them well before totally ruining them.

A source said: “They trawl Britain for fresh stories and then fuck them up.

“They had this really good story about Jimmy Savile which was obviously true, but they just took it to some fancy place in London and stopped it from being on the telly.

“Then they interview this guy who claimed a bad Tory man did things to him, but at no point did they ask ‘are you absolutely sure about that?’ or ‘is this him?’.”

The source added: “Nobody knows why they do it. Perhaps their brains are diseased.”

Another source said: “I accidentally walked in on an editorial meeting and they had this story in the middle of the table and they were doing the most idiotic, half-arsed things to it.

“I didn’t say anything because I was scared I’d end up being interviewed by Newsnight and they would turn it into a big pile of shite.”

Meanwhile, a BBC spokesman said it was still not clear whether Jeremy Paxman is the ringleader or a hapless stooge.

Cameron sends Schofield list of people who were intimate with rodents 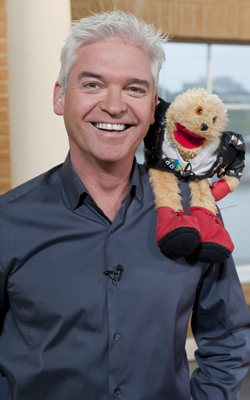 DAVID Cameron has retaliated in his war with Philip Schofield by sending the TV presenter a list of ‘rodent companions’ he found on the internet.

The prime minister included a covering letter saying ‘many TV presenters worked with rodents during the 1990s’ and asked if he recognised any of the names.

The list is understood to include Schofield, Andi Peters and a number of people that you have probably guessed or would like to make-up anyway.

A Downing Street spokesman said that if television presenters wanted to bring down the Conservatives the party would not hesitate to embark on a war of total annihilation that would destroy both sides utterly.

He added: “For every Tory they smear we will smear 10 children’s TV presenters.

“The internet is awash with names of celebrities who did things in cupboards with rodents.

“If they want a witch hunt then let’s have a fucking witch hunt.”

Schofield said he had been friendly with a rodent in the 1990s but did not do anything sexually unpleasant with it ‘unlike those other famous people whose names you can find very easily on the internet’.