Next Star Wars film about getting planning permission for Death Star

THE next Stars Wars film will show Darth Vader struggling to get planning permission for the Death Star.

Galactic Planning Application 124b tells the story of Vader’s struggle with local space councillors who insist on the Death Star ‘being visually in keeping with existing superweapons’.

Producer Wayne Hayes said: “The original Star Wars films told of an epic battle between good and evil with the fate of the universe at stake, but what audiences really care about is the obscure, admin-based events preceding that.

“Before work even started on the Death Star there was a tricky year-long planning process, like trying to get a garage built, but on a massive scale. Vader had to complete confusing forms and send them off to the council along with professional drawings of what it would look like.

“But when ‘Vast Space Weapon Planning Notification’ posters go up on lamp posts around nearby galaxies, tentacled busybodies on Alderaan complain because they reckon it’ll block their view of Zeta Centauri.

“At his lowest point, Vader is sitting with his helmet in his hands muttering ‘I wish we’d never started this’, and Grand Moff Tarkin brings him a cup of tea which cheers him up a bit.” 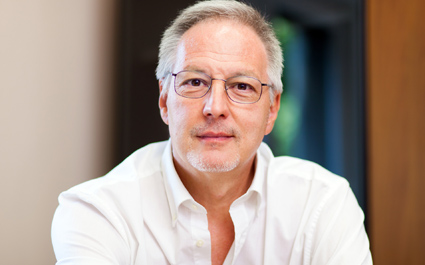 A MAN will not stop telling people about his plans to do un-Christmassy things over Christmas.

Friend Donna Sheridan said: “On Christmas Day Martin’s going for a long bike ride, having a green chicken curry for dinner and going to bed early. What a tit.

“He says he doesn’t understand why people make a big deal of Christmas, which is ironic because he won’t bloody shut up about how he’s painting his bathroom on Boxing Day.

“He seems to think it marks him out as an independent-minded rebel, as if he’s smashing society’s bourgeois conventions by not watching Frozen.

“Also he’s spent much longer planning things like a freezing cross-country walk than it takes to sort out all the Christmas stuff like presents and sausages in bacon.”

Bishop said: “To me Christmas is a day like any other, which is why I keep informing everyone I’m not having a turkey or decorations and will just be cleaning my mountain bike.