No-one wants to be on ‘Strictly’ with Ed Balls

THE BBC is struggling to find contestants for the new series of Strictly Come Dancing because Ed Balls is in it.

The corporation admitted it may be forced to use people who have the same names as celebrities and who can also stand to be in the same room as the bum-faced former Labour MP.

Huw Edwards, the BBC newsreader and inevitable Strictly contestant, said: “I’ll wait for the next series. I don’t even want to pretend to like Ed Balls.”

Tennis hero Tim Henman revealed he turned down the offer, adding: “It seems like a rather pathetic attempt by Ed Balls to reinvent himself and I cannot be involved in that in any way.”

Actress Penelope Keith, who also turned down the BBC, said: “It would be really awkward when Ed Balls finishes his routine and he and his partner join all the other contestants, but none of them are applauding him.

“It would just be a bunch of people glaring at him as if to say, ‘Why are you ruining this for everyone? Why don’t you just sod off?’”

Couple pretending they met online so they don’t seem weird 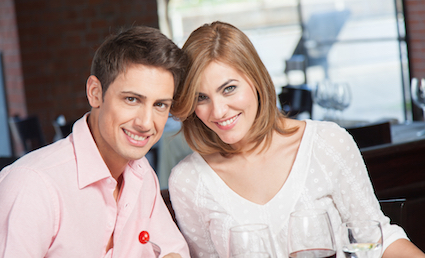 A COUPLE who met in a pub are telling everyone they got together online so as not to seem like social misfits.

Wayne Hayes, 29 and Susan Traherne, 32, met when they both started singing along to a Ricky Martin song that was playing on the pub jukebox.

Traherne said: “At first we told our friends how we had met and bonded during a conversation in a shared public space, but we could tell that strange idea was making them deeply uneasy.

“So we pretended we had made the pub stuff up for a laugh, and invented a story about an internet dating site for people who are sexually attracted to those who ‘work in uniform’.

“We could tell straight away that the undercurrent of furtive web-based kinkiness made our friends much more comfortable.”

Traherne’s friend, Helen Archer said: “I am so glad they met on a fetish site and developed their relationship by sending rude photos to each other on Snapchat following a period of social media stalking.

“The thought of people liking one another following a physical meeting is so perverse I can taste sick in my mouth whenever I think about it.”