THE crowd at an under 18s ‘dry bar’ gig was much drunker than at an equivalent adult event, it has emerged.

The ‘local metal bands’ event at Fun Hut nightclub in Yeovil admitted younger teenagers on the basis that alcohol would not be sold at the bar, as if this would somehow stop them getting drunk outside the gig.

15-year-old Nathan Muir said: “They weren’t serving alcohol in the club which meant we couldn’t pay £4 for a pint.

“But what we could do is buy four litres of much stronger cider in the supermarket down the street and drink that before we went in. We were more pissed than the bands were.

“At least one of my social circle will be getting their stomach pumped tonight.”

Professor Henry Brubaker said, “If you don’t want kids to get drunk at a gig, just serve alcohol.

“They’ll never be able to afford to get drunk but they’ll all want to look grown up by actually buying drinks instead of smuggling it in. Just like grown ups do.”

The event also resulted in 14 unwanted teenage pregnancies, 12 headbanging related neck injuries and nine drunken claims of ‘that band will be opening for our band one day’. 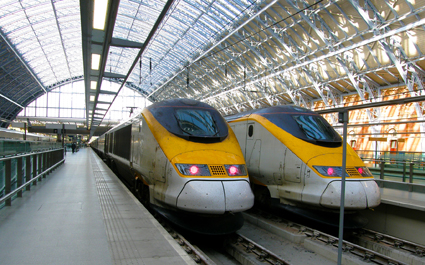 A TRAIN strike has left commuters with about the same chance of getting to work as usual.

Services on Southern lines are cancelled due to industrial action, instead of not arriving because of signal failures, a horse on the track or non-specific general shitness.

Brighton-based Nikki Hollis said: “I thought I might as well come to the station anyway, as the arrival of trains seems to be determined more by the cosmic forces of fate than any sort of timetable.

“At least if one doesn’t come I know there’s an actual reason. It’s the not knowing that kills you.”

A Southern rail spokesman said: “Officially we are in the grip of the longest train strike in 50 years. However if you really need to travel you may as well give it a go.

“There may be some trains floating around ‘in the system’ that we don’t know about. We don’t really keep tabs on that sort of thing.”