Nobody willing to brag about good music they saw on 'Jools'

GOOD new music is going unheralded because nobody will admit to watching Later…with Jools Holland, it has emerged.

Researchers found that despite a general eagerness to brag about discovering new music before ‘the herd’, admitting to staying in watching Jools Holland is seen as a major faux pas.

Sous chef Wayne Hayes said: “I saw Foals on it the other night playing a great song.

“But if I put that on Facebook, people wouldn’t think ‘This guy knows great music’. They’d just think, ‘What a poor bastard. Staying in watching Jools Holland.’

“He must be unemployed and single, and he can’t have Netflix either because if he did he’d surely be watching something on there instead.’

“I’d never have sex with him.”

Hayes added: “Somehow it’s cool to say you watched something about people baking cakes but if you say you stayed in and watched a programme full of live music you sound like someone’s fucking dad.”

“Not that I’ve ever seen it of course.”

Hungary now known for Rubik's Cube, goulash and telling refugees to f**k off 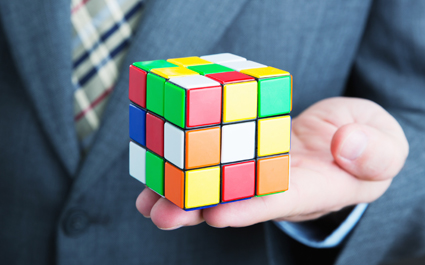 HUNGARY has shown there is more to it than cube puzzles by tear-gassing fleeing Syrians.

The Central European country formerly had a relatively low profile, with most people knowing little about it except perhaps that it was the birthplace of puzzle cube inventor Erno Rubik and goulash.

Hungarian prime minister Viktor Orban said: “Hungary has long been a relatively obscure country, known mostly for its contribution to the 80s toy market and a soup-stew hybrid with big bits of carrot in it.

“But we wanted to show we can bring it on the world stage when it comes to telling large groups of exhausted humans to fuck off. It’s PR genius.

“When it comes to liberal use of tear gas, we’re up there with the big boys. And now we’ve raised our profile, tourists will be clamouring to come here and taste our delicious veal dishes.

“We promise not to gas them! Hahaha.”