THERE is no way a woman wearing a Sonic Youth t-shirt is really into all their weird, unlistenable si*t, people have decided.

Strong doubts have been raised about whether fashionable 23-year-old Nikki Hollis is a true fan of the 1980s New York art-rock band, despite having a t-shirt of their album Goo.

Sonic Youth fan Julian Cook said: “She may have the Roy Lichtenstein-inspired t-shirt, but does she enjoy listening to discordant eight-minute tracks that go nowhere? I think not.

“I might go over and challenge her on her knowledge of Sonic Youth’s back catalogue. I’m a dreadful muso so that’s the sort of rude, socially dysfunctional thing I do.

“I’ll ask if she knows ‘I Love Her All The Time’ or if she just likes ‘Dirty Boots’ like the rest of the Top 40 crowd. Although if she’s into all their obscure stuff I’ll look like a bigger twat than I already am.”

Hollis said: “Oh, are they a band, then? I just like the t-shirt. It’s like some sort of old cartoon.”

It's our turn to elect a pr*ck, Britain agrees 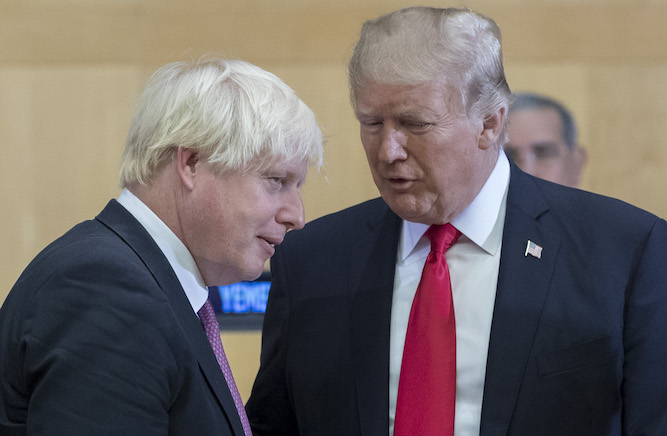 BRITAIN has reluctantly agreed that it is our turn to elect a hilariously vain d*ckhead.

After years of laughing at the likes of Trump in the US and Berlusconi in Italy, Britain has admitted that Boris Johnson’s likely ascent to Downing Street only seems fair.

Nathan Muir of Bedford said: “Our last egomaniac prime minister wasn’t that bad except for Iraq. Now it’s time for the real deal, by which I mean a genuinely amoral sh*tbag like Boris.

“If we must have a laughing stock blundering around the world kissing dictators’ daughters and wrecking economies, we may as well have the best. Jeremy Hunt would be a pale imitation.

“I’d also like to see him get his own Friday night chat show and openly thank Vladimir Putin for all his help. Let’s do it properly.”

Johnson said: “Once I’m PM we’ll have trade deals with my network of fellow vainglorious pr*cks worldwide, such as Trump, Kim Jong-un and that Philippines president who personally executes drug dealers.

“I may also go completely power-crazed and start erecting massive statues of myself everywhere. It’s not as if you weren’t warned.”