Noah 'won respect of animals by fighting them'

BIBLICAL hero Noah fought all the animals on the ark to prove his dominance, according to the producers of a new Russell Crowe film.

Noah depicts the boat-builder having fist fights with increasingly large beast as they challenge him for the role of ‘pack leader’.

Producer Tom Logan said: For me, the story of Noahs ark is about what happens when a bunch of tough-talking, blue collar creatures spend 24 hours a day cooped up on a ship.

Obviously tensions are going to flare, and theyre going to settle their differences the only way they know how  with their fists. Or rather their clenched paws.

“They didn’t write about it in the Bible because of censorship but it’s obvious that would happen. I mean, have you ever tried taking a cat on holiday? It’s a nightmare.”

Anglican bishop Roy Hobbs said: There is also no mention of the ark having a bar where animals traded macho banter about their sexual conquests.

Also, Noah was 600 years old when the floodwaters came. Its highly unlikely a man of that age could take on a mountain lion, a horse and a gnu simultaneously without being seriously mauled or killed.

Frankly I doubt its even possible to knock out an elephant with a flying roundhouse kick.

Film critic Donna Sheridan said: Discussing realism in a film about Noahs ark is pointless in the extreme. But I did feel the scene where Noah pretends to let a wise-cracking chinchilla win a fight went too far. 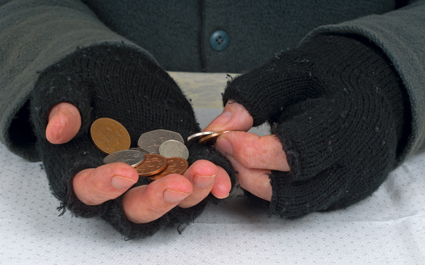 SOCIAL inequality is fundamental to televised light entertainment, according to experts.

Researchers at the Institute for Studies have warned that any attempt to lift people out of squalid environments full of broken toys could have a drastic impact on post-watershed documentaries.

Professor Henry Brubaker said: “Without poverty there would be no Benefits Street, nobody to swap Boris Johnson’s sister with, no television that could be described as hard-hitting.

“Auction shows and Police Interceptors would creep into the evening TV schedules, forcing Britons to read a book or even play Scrabble.”

Office worker Tom Booker said: “I need to see people with worse stuff than me having a dismal time.

“It makes me feel good about myself. Well not good exactly. Better, perhaps.