BRITAIN’S men are worried that the renewed popularity of Kate Bush will lead to girlfriends becoming annoyingly otherworldly with an interest in billowy clothes.

With Running Up That Hill at number one in the charts, women are showing signs of wanting to be the 1980s singer known for her slightly pretentious fusion of music and dance, and being fancied by dads.

Tom Logan said: “My girlfriend Rachel used to like getting pissed and having a laugh. But yesterday I found her staring at a leaf. All she said was ‘It’s so sad that love, like all things, must die’.

“She’s started dressing like a gypsy fortune teller and bought a load of books about ghosts and fairies. Also she said her favourite baby names were Heathcliff and Cathy. So that was a terrifying double whammy.

“Boyfriends like me need to know if turning into Kate Bush can be treated. Maybe there’s a clinic where they reverse the feyness by getting women to drink pints of lager and have farting competitions.”

Kate Bush emulator Donna Sheridan said: “I’ve started staring at clouds a lot and expressing myself through dance. My boyfriend just tells me to get out of the way of the TV, but he’s not artistic like Kate and me.

“I’d advise women not to copy Kate’s Babooshka video though. As I discovered, if you’re a bit out of shape you can easily dislocate your knee, shoulder and pelvis.” 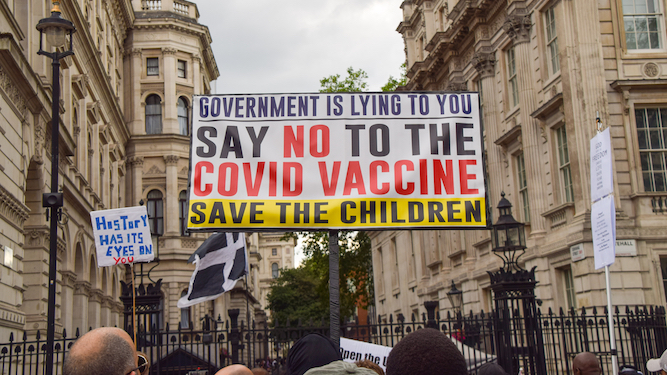 WITH the UK experiencing its first polio outbreak in 40 years, people are eager to see anti-vaxxers put their money where their mouth is.

A strain of the virus, previously eradicated from the UK thanks to the polio vaccine, has been detected in sewage in East London, leaving anti-vaxxers strangely quiet about whether it is another conspiracy.

“I’m not worried. It’s probably fake news again. Those 1950s kids in iron lungs are obviously photoshopped. And besides, if you’re rummaging through Cockney sewage, a bit of polio should be the least of your worries.”

However anti-vaxxer Margaret Gerving said: “It was fine with the Covid vaccine – that was clearly just the government trying to control the sheeple and you got to go on a fun demo. But polio’s a real disease, isn’t it?

“My cousin, who’s a doctor, told me I should immediately get vaccinated. But then again my mate Ian, who’s a carpenter in Rhyl, shared a post on Facebook which said the vaccine’d make my tits fall off. So I don’t know who to believe.”

Sane person Emma Bradford said: “I just hope for the sake of these twats that smallpox isn’t planning a comeback tour too.”