Open-air Shakespeare much easier to just f**k off from

OPEN-AIR productions of Shakespeare are much easier to sneak away from when you get bored, is has been confirmed.

Audience members at a recent production of Measure for Measure in Cardiff’s Bute Park found that the unenclosed setting meant they did not have sit all the way through one of the Bard’s dreaded ‘comedies’.

Susan Traherne said: “All Shakespeare should be like this.

“We only realised when the teenagers next to us nipped behind some foliage for a spliff that we were unpoliced and could free ourselves from all the iambic pentameter.

“At the bit where the Duke disguises himself as a monk – which made my stomach lurch with fear at what hilarity was to come – we simply packed up our picnic and fucked off back to the telly.

Actor Julian Cook said: “Actually in the early 17th Century a lot of people would bugger off early and go home and stare at their mud walls instead, so it’s historically accurate.”

Chris Evans loses the 500,000 people who actually listened to his show 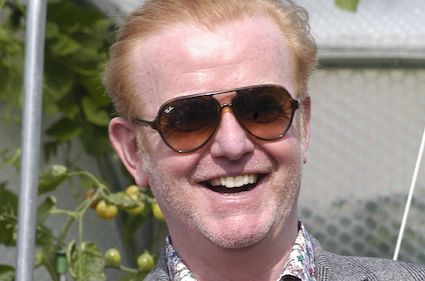 THE audience for Chris Evans’ Radio 2 breakfast show has fallen by the exact number of people who paid to attention to it, it has emerged.

The latest figures revealed the audience dropped from 9.5m to the 9m people who really just have it on the background while they think about toast.

Former listener Martin Bishop, from Hatfield, said: “I used to just have it on the background. I quite liked some of the music. But then one day I sat down at the kitchen table with a cup of coffee and gave it a proper listen.

“Within 30 seconds I realised he was a gibbering nincompoop and that was that. Now I just stare out of the window until it’s time to go to work.”

Jane Thompson, from Finsbury Park, added: “I spent a week listening to it and by the Friday I noticed that I had become significantly less intelligent.

“At one point I actually found myself thinking ‘yeah, this guy’s definitely worth a couple of million a year’.”