Talentless arse from school now hugely successful thanks to property

A COMPLETE twat from school is extremely wealthy thanks to the property market despite never having been good at anything.

Schoolfriends of Wayne Hayes, who now has a portfolio worth seven figures, are finding his current status hard to reconcile with the fact that he was even thick at RE.

Former classmate Tom Logan said: “I was visiting my parents when I recognised the vacant, gormless expression of a guy getting out of a BMW 7 series. I was like, ‘Wayne?’

“Turned out he got into property at just the right time, doubled his stake within two years, and is a millionaire ‘on paper’. He used to eat paper.

“He takes diving holidays in Australia and is having flying lessons, and all I could think was ‘But your English GCSE coursework was you describing an episode of Pingu’.’

“Then I had to leave because he was starting to tell me about his girlfriend. I didn’t think it would be healthy for me to know.”

Young people should be forced to attend raves, say 40-somethings 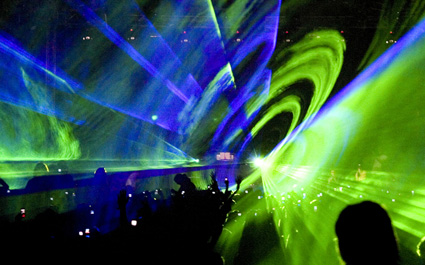 BRITAIN’S 40-somethings have called for a form of National Service which would require young people to attend at least 10 raves per year.

Middle aged people who had it large in the late 1980s and early 1990s said it was vital for British society that young people aged 18 to 25 were forced to have it similarly large.

Tom Logan, 48, a veteran of the first wave of Acid House said, “My children need the short sharp shock you only get from spending all night necking E and pumping your fists to A Guy Called Gerald.

“They’re so docile and dead-eyed. I just want to tell them, why don’t you get off that sofa, switch off your iPad and go out and explore the countryside in search of an illegal all-nighter in the middle of nowhere?”

“You should hear the stuff my boys Kyle and Aaron are listening to them. Tunes, choruses, blah-blah – I tell them, ‘That’s not noise, that’s just music’.

“Call me old fashioned but music should be eight straight hours of 135 bpm riddims to the minimal squelch of a Roland 303.”

Norman Steele, who runs a rave boot camp in Bedfordshire, said: “I see kids coming in here – emos, would-be computer programmers, never danced in their lives, in bed by 11. After three months of intensive rave, you can see the change – they’re saucer-eyed and fully committed to taking it higher.”