THE grand curtain raiser for the 2012 Riots will be attended by over 50,000 spectators at Hackney Stadium this Friday.

The extravaganza will include thousands of volunteers staging pitched battles between police and masked looters, men in Guy Fawkes masks jetpacking into the stadium and the burning of a giant, inflatable Wetherspoons.

Hosted by TV’s Sue Barker, the event will feature music by The Clash, The Kaiser Chiefs and Sir Andrew Lloyd Webber, conducting selections from the score to Smash It!, the musical he co-wrote based on the Riots.

The evening will climax with the torching of the stadium itself, lit with the Molotov cocktail flame which has been carried across Britain from Manchester down to London, through Croydon, Ealing and Woolwich.

Event co-ordinator Stephen Malley said, “Rioting has been part of the Great British tradition since the days of Wat Tyler. It’s part of the warp and weft our culture through the ages and we’ll be looking to reflect that in the opening ceremony.”

However, there are those who feel that the true spirit of the Riots has been lost in 2012.

Wayne Hayes, a veteran of the Riots of 1981 said, “I remember when the Riots were about protesting against Tory cuts, unemployment and police racism. These days it’s all about the High Street, fashion, Adidas trainers, McDonalds and that.”

Others have complained that the Riots are likely to cause disruption in London, with large areas out of bounds to traffic and commuters.

However Malley said, “There are always going to be cynics carping about the Riots, whether it’s small businesses moaning about the effect on their livelihoods, or people complaining about the army having to be brought in.

“But at the end of the day this is about the Rioters themselves. The message of the Riots is: Go for it, take whatever the corporate brands have on offer, don’t let anyone stand in your way.” 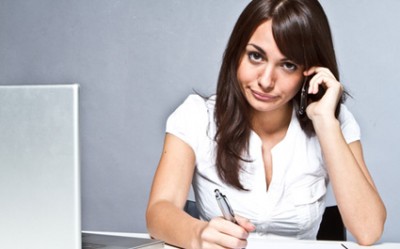 MILLIONS of Britons are thinking about what they would be doing in the sun if they weren’t busting their asses in a soulless office environment.

Watching the glorious sunshine through a permanently-sealed double glazed window, they are wishing they were not trapped in an economic hamster wheel.

Office worker Tom Logan said: “Once men were free, like animals. Life was short and brutal perhaps but there was a savage dignity in it and you didn’t have to read passive aggressive emails from people complaining about mouse mats.”

Sale administrator Nikki Hollis said: “If only I’d gone to a snazzy public school, or perhaps worked harder at my state school, I’d be a member of an elite lolling about on yachts and the sun would be my friend, not a bittersweet reminder of this air-conditioned corporate prison.”

However, unemployed Stephen Malley said: “The Guardian might have you believe being on the dole is relentless misery, but it’s not.

“When it’s sunny you can take your small state stipend, buy a can of beer and sit in the park with your mates, luxuriating in nature’s bounty.

“If you don’t have kids being on the dole can be pretty great, at least for a while. I know you’re not supposed to say that, but it’s true.”