THE Commonwealth Games opening ceremony has left viewers phoning friends to make sure they saw the same thing.

As anthropomorphic teacakes danced around a huge snake with the word ‘Tyre’ inexplicably written on its flank, thousands reached out to family members or the emergency services for reassurance that they were not hallucinating.

999 operator Nikki Hollis said: “Our switchboards were jammed with people asking about John Barrowman driving around on the back of a monster truck with loads of tiny dogs and scampering scarecrows.

“I told them it was probably a latent memory of some Ken Russell film and to breathe into a bag until it stopped. Then I turned the telly on and saw it too, or at least I think I saw it.

“Maybe the government is putting chemicals in the water.”

58-year-old Stephen Malley said: “Personally I felt the ceremony was a brilliant representation of Scotland’s rich history of caning loads of mind-altering drugs.” 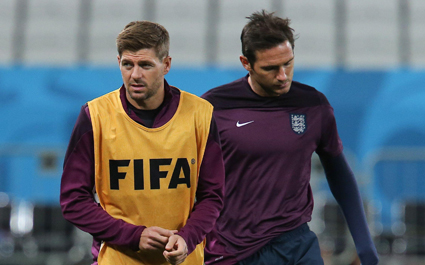 AN emotional speech confirming Steven Gerrard’s retirement from England duty has been marred by loud praise from Frank Lampard.

England manager Roy Hodgson instructed Gerrard to take a seat across the room where he was almost inaudible and looked uncomfortable. Lampard was then told to sit next to Gerrard for no apparent reason and kept piping up.

Journalist Bill McKay said: I thought a player like Gerrard would be able to produce a much more effective retirement at international level, but it just didnt happen.

Gerrard began to speak about his pride at having represented his country, but he was immediately drowned out by Lampard who was trying to warmly compliment his contribution.

They both stopped before both starting again at exactly the same time.

“Hodgson did his best to direct things, but it just made the situation worse.

Critics have suggested the press conference may have gone more smoothly had Gerrard been alone or possibly accompanied by Jordan Henderson.