PARENTS of young children on their summer holidays have welcomed a new episode of Peppa Pig that runs continuously for 42 days.

From now on children can be placed in front of the 1008-hour episode and when the credits roll it will be time for them to return to education.

TV executive Nathan Muir said: “It’s got all the splashing in muddy puddles stuff kids love but with this longer format we got the chance to really explore character.

“Peppa is psychologically more complex than we’d previously imagined, searching for meaning in her porcine life that leads to her spending 200 hours in a silent Buddhist retreat – something I’m sure every parent will approve of.

“More importantly, your kids will be aware of nothing else for six weeks and you can get on with your own lives. Just remember to leave a few bowls of crisps near the TV each day or they might die.”

Mum Donna Sheridan said: “The new Peppa is excellent. You can go to work, have an affair, do some late-night shopping and when you get back the kids are exactly where they were.

“I also appreciated all the new storylines to fill the running time, such as Daddy Pig getting tired of being mocked as an obese klutz, getting a tattoo and shagging Miss Rabbit.”

Muir added: “We’re currently developing a ‘mega-max’ Peppa episode lasting 16 years. You can plonk your child in front of it when they’re two, and when it finishes they’re ready to leave home.” 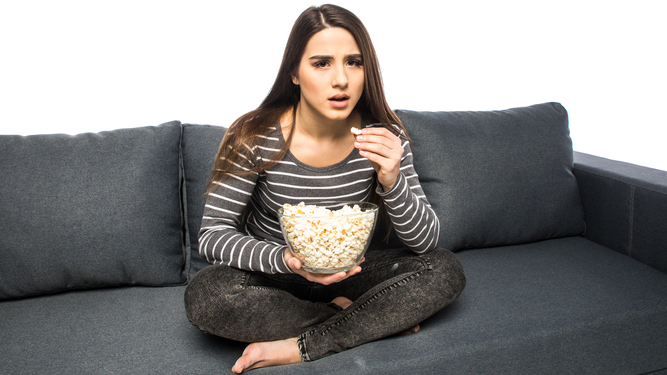 IF you’re prepared to make yourself late for an appointment because you wanted to see the end of Bad Boys II, you may be familiar with the rest of this list.

In theory, this super-camp sci-fi pantomime starring Brian Blessed (and whoever plays Flash) with a soundtrack by Queen and ropey special effects sounds like total sh*t. In practice it IS total sh*t, yet oddly compelling.

Whilst the plot is ludicrous and the action slapstick, this big, stupid film is definitely worth sacking off a friend’s birthday for. As is pretty much any film starring Nicholas Cage. Let’s face it, the bee scene in the 2006 version of The Wicker Man is worth missing your own wedding for.

In the 90s this was worth watching for the bit when Sarah Michelle Gellar snogged Selma Blair, but that looks tame by today’s standards. So all we’re left with is vile, entitled teenagers acting like utter dicks, which is somehow still totally watchable.

To be fair to this popular ‘feelgood’ movie, everyone involved in it deserves a punch in the face. Even the catering staff. The storylines make you want to curl up and die from the sheer embarrassment that someone could bring themselves to write such a load of twee tosh and yet it’s impossible not to watch to the end when it comes on the telly every sodding Christmas.

The story makes no logical sense, the acting is melodramatic and the theme tune is that terrible Aerosmith song that’s favoured by hen dos nine bottles of Prosecco deep into a karaoke session, but it’s still more satisfying than a night in the pub with your mates.