Party Rock Anthem, and other shit songs that soundtracked the 2010s

REMEMBER the 2010s as a time of musical experimentation and lyrical brilliance? You shouldn’t. These ear-defiling tracks will forever define the decade:

‘We knew it was shit at the time’, survivors of the decade claim. ‘We didn’t realise that buying mp3s discreetly in the privacy of our own homes would send a nephew-and-uncle duo to number one’. There are no excuses. Especially as Sexy and I Know It was equally huge.

Before Squid Game and BTS, our exposure to South Korean culture came in the form of an overweight man in sunglasses pretending to ride a horse, with a chorus that’s the brain-eating earworm that eats all the other brain-eating earworms. The only mercy is nobody could sing along to it because they didn’t know the words.

Pre-Uptown Funk, Bruno gave us this dark and twisted tale of a relationship where the girl didn’t give a f**k and the boy kept saying he would blow himself up to save her. A claim that can be safely made in the knowledge that it’s not going to happen makes for a creepy incel anthem.

Later in the 2010s we branched out into Latin culture, just like when listening to Julio Iglesias in the 80s and Las Ketchup in 2002. For a whole platinum-selling summer we rocked to Despacito. To this day, no-one in Britain has bothered to find out what despacito even means.

Now remembered as a black chapter in musical history during which a model was groped, a sleazy bloke bollocksed up his marriage and Pharrell f**ked up songwriting law indefinitely. But at the time, high on the previous year’s Olympics and the coalition government, we f**king loved it.

All About That Bass by Meghan Trainor

The novelty body positivity anthem that managed to make everybody feel bad. What’s so bad about treble, Meghan? Don’t we want both, so that our audio can be appropriately balanced? What are you with that bloody bass, a boy racer driving slowly around a sink estate? 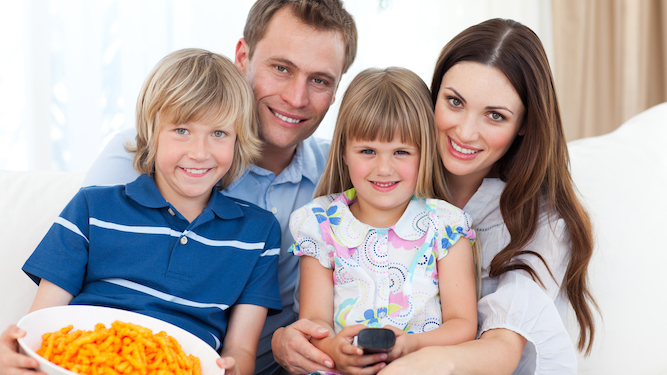 AN inspiring family have reduced their food waste to zero by only buying bags of crisps and bars of chocolate, they have revealed.

The Malleys admitted they were throwing away uneaten vegetable chilis and rotten vegetables on a weekly basis and decided to take drastic action to save the planet.

Stephen Malley said: “It was sickening, the amount of fresh kale, apples, even chicken that was going straight in the bin. I turned to Helen and said ‘Love, our good intentions are dooming a generation.’

“For a while we tried to force the kids to eat the disgusting aubergine pasta and plain yoghurt we were buying, but it wasn’t sustainable long-term. The stuff tastes vile.

“Once we looked clearly at the problem we realised that it couldn’t be solved by conventional means, and we had to change our entire way of life, root and branch.

“So we’ve dropped the brown rice and raw milk and we live on Flamin’ Hot Monster Munch, chocolate Hob-Nobs, two-litre bottles of limeade, and ten-piece wicked variety buckets from KFC. The difference is astonishing.

“The kids wolf down their chicken poppers and ice-cream. The food waste bin is empty. And it’s all the more delicious knowing that we’re building a better future.

“Our GP says we have scurvy, but my conscience has never been cleaner.”