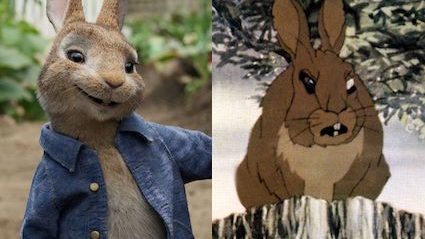 ANYONE offended by the new Peter Rabbit film should give Watership Down a miss, rabbits have confirmed.

The new film depicts a rabbit being bullied for being allergic to blueberries, but wild rabbits stressed the 1978 animated film was a ‘slightly more authentic experience’.

Martin Bishop, a rabbit from Hertfordshire, said: “It’s sad to see a rabbit being bullied for any reason, including being allergic to blueberries.

“But it’s not quite as bad as seeing them froth at the mouth and attack their friends in a violent, blood-fuelled rage – but I guess you’ll just have to find that out by watching it.

“Oh and the bit where they get attacked by ravenous wilds dogs, that’s not very cute either.

Rabbit and cinemagoer, Emma Bradford, added: “It’s like someone who has never seen Goodfellas complaining about the violence in Bugsy Malone.”

Have you got the f**k over Harry Potter yet? 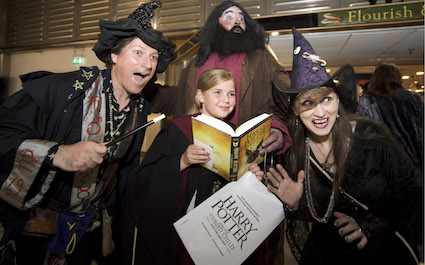 IT’S more than 10 years since the Harry Potter series finished, but some of its readers are still incapable of letting go and growing the fuck up.

Are you one of them? Take our quiz to find out:

The seven Harry Potter books are:

A) Great for kids but you wouldn’t read them now, they’re unlikely to hold up

When you met your spouse, your first question was:

A) Does this person share my ambitions, my hopes, and my values?

B) Is this person Ravenclaw like I am or are they secretly Slytherin?

B) Not Harry Potter

When Fantastic Beasts 2: The Crimes of Grindelwald is released later this year, will you:

A) Catch it when it comes to DVD, after all the first wasn’t anything special

B) Queue up for a midnight showing costumed as Luna Lovegood looking daggers at any kids who are there, because they’re nothing but bandwagon-jumpers

Whatever people say, the Harry Potter series awakened in you a passion for:

When a new two-part Harry Potter play came to the West End, which is essentially JK Rowling’s admission that she will milk you for as much cash as she can get for life, did  you:

A) Agree that if people want to see it that’s fine, but you personally would prefer to see Christopher Eccleston’s Macbeth at Stratford

You secretly believe that Harry Potter’s world is:

A) More than slightly derivative of the work of other authors, especially Eva Ibbotson, but why spoil kids’ fun?

Mostly A’s: Congratulations. You grew the fuck up.

Mostly B’s: You’re a Harry Potter lifer, dedicated beyond all reason to wizard stories that came out when you were aged six to 16 and which have consumed all hope of you becoming an adult. To put it in terms you can understand, it’s a Dementor that has eaten your soul. No, don’t start going on about Dementors again.