People who claim to have watched Twin Peaks mostly lying

MOST people claiming to have seen the original Twin Peaks series are not telling the truth, it has emerged.

Following the announcement of a new series, television aficionados are bullshitting about having seen the first one when they were about four years old.

Web designer Roy Hobbs said: I was bang into it. Its weird, dark and theres a dwarf in it.

He added: Clearly I am being dishonest, sorry I didnt think wed go into specifics.

Plasterer Norman Steele lied about having seen the original Twin Peaks when asked by friends in the pub.

“My mates mate asked me if I had seen it and I just thought ‘You know what? I can get away with saying ‘Yes’ here’. So, I did.

“And I don’t think anyone noticed. I quickly changed the subject to Blue Velvet which I have seen.”

Twin Peaks creator David Lynch said: “This is going to be bigger than Breaking Bad, at least until about halfway through season one when it gets too confusing and everyone loses interest.” 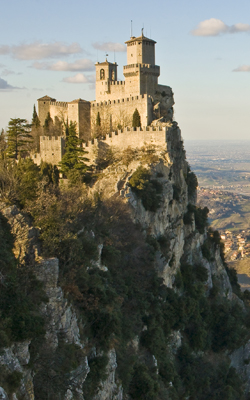 FOOTBALL fans have been warned against mocking first century stonecutter Marinus of Arbe as England prepares to face San Marino.

A frenzied capacity crowd is expected at Wembley Stadium as England renew their fierce rivalry against San Marino, but fans have been reminded not to let their emotions get out of control.

Police spokesman Tom Logan said: Theres always a tense atmosphere whenever San Marino are in town, but we are hoping the game will pass off without the ugly scenes that have marred past encounters.

We will be adopting a zero tolerance policy towards anyone chanting about San Marino being landlocked or making derogatory remarks about their traditional multi-layered cakes.

Our advice to the Sammarinese community in London tonight is to all gather in one house and stay there.”

The last time the two sides met, England won 8-0 in San Marino and jubilant fans went on a rampage which ended when they sheepishly realised they had crossed the border into Italy.

England fan Wayne Hayes said: Im not a violent person, but I just hate their enclaved micro state so much, it makes me crazy. They love looking down on other countries from their picturesque hilltop castles.”

However few people in San Marino have heard of England, with a recent survey showing most residents believe it is part of Scotland.